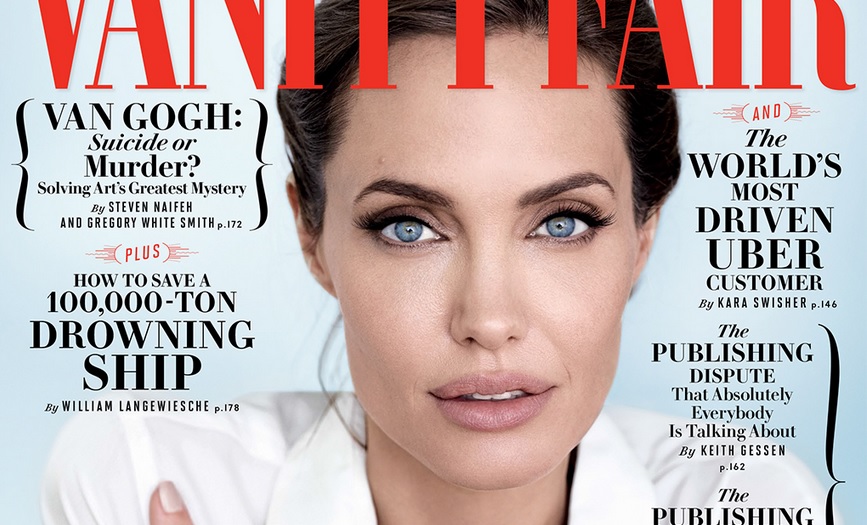 Brangelina is celebrating marriage, and in a new move, the media are, too.

Angelina Jolie graces the December 2014 cover of Vanity Fair, available Nov. 6. In the new issue, the actress admitted marriage “feels nice” and “different” with husband Brad Pitt. While the media initially condemned her wedding for not waiting until gay marriage legalization, as the two had publicly pledged, Vanity Fair celebrated Jolie’s “positive” testament to marriage.

When describing her relationship with Brad Pitt since their wedding, Angelina Jolie admitted, “It does feel different” to Vanity Fair. She stressed to the magazine’s contributing editor Janine di Giovanni, “It feels nice to be husband and wife.”

Jolie and Pitt married Aug. 23 in France with their six children after living together for almost nine years. Their marriage initially sparked ire in the media, since the couple refused to marry until the United States legalized gay marriage.

But, breaking with agenda, the media forgot the past in order to celebrate the present – a marriage between a man and woman.

“Angelina Jolie and Brad Pitt are making marriage look good,” began Los Angeles Times’ Nardine Saad. “The Oscar winner recently admitted that being married to the father of her six adopted and biological children feels ‘different’ – in a positive way.”

The networks chimed in, too. “Newlywed Angelina Jolie has never looked better on the cover of Vanity Fair magazine, and it just may be due to her recent ‘I dos’ to Brad Pitt,” an article on CBS declared.

Entertainment media also rejoiced. “Angelina Jolie opens up about her wedding and marriage,”hyped E! Online’s Natalie Finn, while US Weekly’s Madeline Boardman described how the star “stuns on the December cover of Vanity Fair, where she opened up about life as a married woman.”

“Despite the fact that couple lived together long before their wedding,” Access Hollywood’s Erin O’Sullivan pointed out, “the actress said her relationship with Brad has changed since getting married.”

For MTV, Kat Rosenfield explained, “Angelina confessed that things are not exactly as they use to be chez Jolie-Pitt.”

Could it be that they resent the idea that actually being called husband and wife would have changed anything between them, really? Could it be that the marriage is still too new for them to talk openly about it the way they do about everything else?

In his casual tone, celebrity blogger Perez Hilton wrote “So now that Brad made an honest woman of her, does Angie really feel their relationship has changed at all?” “Well, we don't think she had anything to worry about with Brad before,” he continued, “But we guess there's just something different about going through the ceremony and saying the magic words.”

Other news and gossip sites covered the story, including People, Hollywood Life, Extra, The Huffington Post, Reuters and Daily News.