After Huckabee resoundingly rejected the Supreme Court’s decision, Fournier insisted that if you “[s]witch out civil rights and put in gay rights” and Huckabee is no different than a segregationist and is “on the wrong side of history and he should be ashamed of himself.”

Rather than push back against Fournier’s over-the-top comment that opposition to same sex marriage is no different than those who advocated for segregation, CNN’s Nia Malika-Henderson merely wondered what the Arkansas governor is “able to do…in terms of what does it mean that he’s resisting” the Supreme Court?

Given Fournier’s insistence that rejecting the Supreme Court on gay marriage is akin to segregation, one has to wonder if the National Journal reporter would compare Senator Bernie Sanders to Orval Faubus for his continued refusal to accept the court’s ruling on Citizens United or would Fournier describe the socialist as just staying true to his political values?

JOHN KING: Has the ground kind of moved? When you look at these issues, if you're Republicans there's been a way of doing things and maybe it hasn't worked at the presidential level the last two times but this is how we do things. This is how we talk. These are our positions. The stones that get you across the river, are they moving now?

RON FOURNIER: Well, definitely. I think Jonathan hit a very good point that we have to be careful not to read too much into this on the ideological spectrum that people are changing cultural we are becoming more tolerant especially rising generations. And that's what the Republican Party really has to work about. I’m going to circle 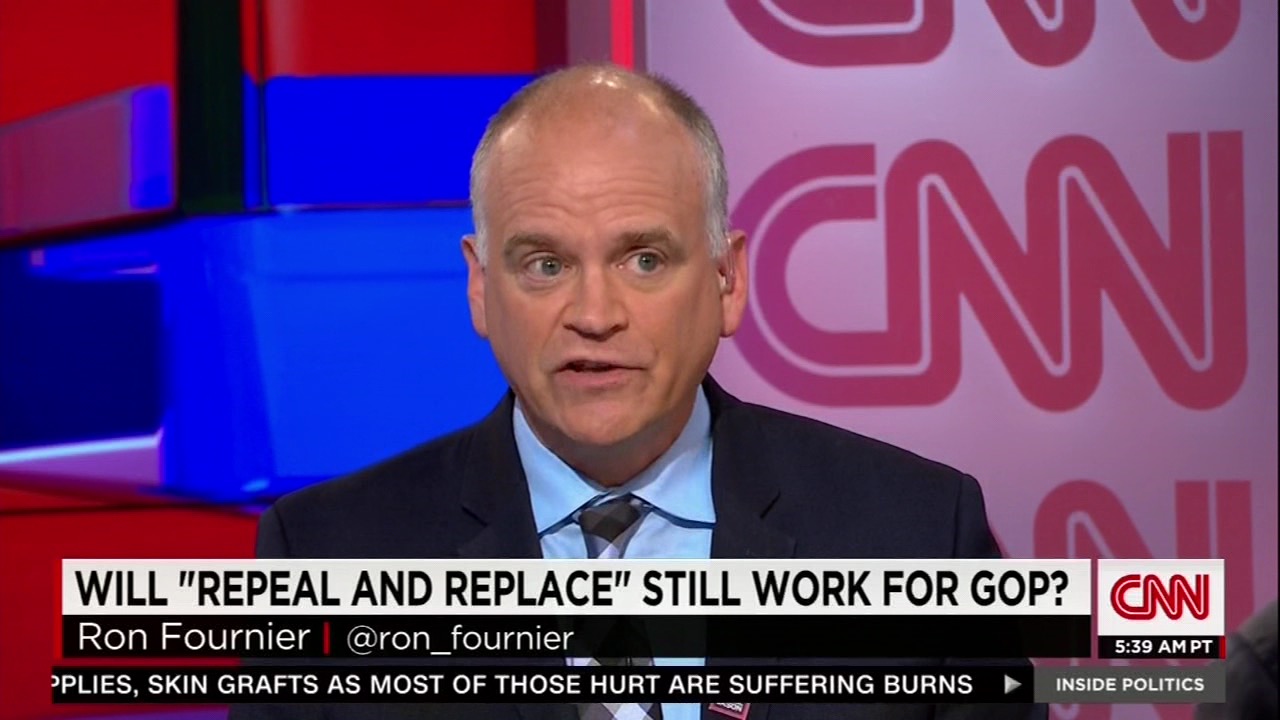 back to Huckabee. He didn't just didn't call this judicial tyranny. He said he's not going to heed this ruling. That it’s an unconstitutional ruling. Now this is the guy I covered in Arkansas. There's another governor, a former governor, I ran into in Arkansas a few times named Orval Faubus. Mike Huckabee today sounds just like Orval Faubus.

KING: It is the Supreme Court. Like it or not.

FOURNIER: Switch out civil rights and put in gay rights and Mike Huckabee is on the wrong side of history and he should be ashamed of himself.

FOURNIER: He’s appealing to the worst instincts of some people. I don’t want to condemn the whole right of the Republican Party there are some very good voters out there who really think this is the wrong thing to do. But you don't appeal to the worst instincts. You don't make this us versus them. That’s how you don't get across the [sic].