On Saturday’s Wait Wait...Don’t Tell Me!, NPR’s Peter Sagal mocked the presidential prospects of Senator Bernie Sanders (I-Vt.) and joked that during the Democratic primary Hillary might play “for the middle by walking over during a debate and punching the hippie.”

Sagal’s swipe at the self-described socialist occurred during the show’s weekly “Who’s Bill This Time” segment and the NPR host pointed out that “the idea is that an avowed socialist in the race will pull Hillary to the left, right? So he'll stake out positions and attract support, and Hillary will have to say she agrees with him. This makes liberals happy.”

Listen to the audio of the segment below.

The liberal Sagal observed that Sanders is just “presenting himself for that purpose” of getting punched in the face by Hillary to which panelist and comedian Brian Babylon noted “that will pull a lot of people to the right, like hey, that was some good hippie punching.” The liberal comic joked that Hillary punching Sanders meant that he “can trust her. I like the way she punched that hippie.”

While the panelists eagerly poked fun at the “hippie” Bernie Sanders’ presidential ambitions, earlier in the segment, Brian Babylon seemed to endorse the violent rioting that took place in Baltimore last week. Rather than condemn the looting, Babylon complained that the looters targeted places like CVS when in reality “that Sallie Mae place is in Baltimore, like down the street. Sallie Mae financial-loot that place.” 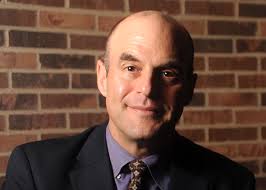 Fellow panelist P.J. O’Rourke chimed in that Sallie Mae’s “got money” which prompted an enthusiastic Babylon to double down and argue that “Sallie Mae is the worst. Loot them.”

No one on the panel bothered to call out Babylon for his supposed endorsement of violent looting against Sallie Mae. Instead, the guests on the taxpayer funded NPR show eagerly laughed as one of their colleagues urged even more violent destruction of property in the city of Baltimore.

PETER SAGAL: Ursula, welcome to our show. You're going to play Who's Bill This Time? Bill Kurtis, of course, is going to create for you - re-create, I should say - three quotations from the week's news. If you can correctly identify or explain just two of them, you will win our prize, scorekeeper emeritus Carl Kassell's voice on your voicemail. Are you ready to play?

URSULA OSTROM: I am ready. Thanks.

SAGAL: All right. For your first quote, here's an announcement that was heard over the PA at a major league baseball stadium this week.

SAGAL: So where this week did they throw a baseball game and nobody came because they weren't allowed to?

SAGAL: One of the many disquieting things to happen this week in Baltimore was a baseball game played without any fans. Major League Baseball was worried rioters in Baltimore would overrun the stadium. Meanwhile, the Tampa Bay Rays handed out free burning CVS bobble heads in attempt to lure rioters to their stadium.

BRIAN BABYLON: Let me say something, as the blackest thing on this panel.

SAGAL: I think P.J. has some soul.

BABYLON: It's super easy. Out of all that looting and cutting up that those protesters - I mean those rioters did - that's different than the protesters who are really protesting some real stuff.

BABYLON: I will say that as something real. Those rioters who are going for CVS and liquor stores - dude, that Sallie Mae place is in Baltimore, like, down the street. Sallie Mae financial - loot that place.

P.J. O'ROURKE: They got money.

BABYLON: Sallie Mae is the worst. Loot them.

SAGAL: Now, your next quote, Ursula, comes from President Obama talking about a new nominee running for president.

KURTIS: Apparently, some folks want to see a pot smoking socialist in the White House. We could get a third Obama term after all.

SAGAL: Mr. Obama was joking at the White House Correspondents Dinner about another pot smoking Socialist who announced he was running this week. Who?

SAGAL: The Vermont independent senator, a self-described socialist who demands we call him Bernie, announced that he was running for president this week. We have come a long way in this country. Anything is possible. We know that. I don't know if America is ready for a president Bernie.

BABYLON: You've got to rebrand yourself.

SAGAL: Well, I don't know if you know this, but his whole brand, to use that phrase, is Bernie.

BABYLON: I get it.

SAGAL: Like, his political signs in Vermont - Bernie. That's what they say.

BABYLON: I get it. I get where he was going with that... 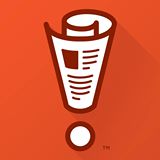 BABYLON: ...But if he wants to play with the big boys, you got a guts it up, Bernie.

ROBERTS: So what would you do?

SAGAL: This is true.

O'ROURKE: That would be a step in the right direction, yeah. Yeah.

SAGAL: Now, the idea that people are excited about this - if only to have some excitement - the idea is that an avowed socialist in the race will pull Hillary to the left, right? So he'll stake out positions and attract support, and Hillary will have to say she agrees with him. This makes liberals happy, but why isn't it just as likely that she plays for the middle by walking over during a debate and punching the hippie?

SAGAL: He's presenting himself for that purpose.

BABYLON: I know. That will pull a lot of people to the right' Like hey, that was some good hippie punching.

O'ROURKE: She could get my vote.

BABYLON: Yeah, I can trust her. I like the way she punched that hippie.