On Tuesday, April 7 Kentucky Senator Rand Paul became the second Republican to officially enter the 2016 presidential race, following Senator Ted Cruz’s announcement on March 23. However, on the morning of their respective presidential announcements, the “Big Three” (ABC, CBS, and NBC) networks went out of their way to label Cruz a “conservative” 13 times, compared to zero conservative labels for Senator Paul this morning.

The discrepancy in the “conservative” ID comes despite the two senators’ having nearly identical ratings from the American Conservative Union. Cruz has a lifetime rating of 100% whereas Paul’s ACU rating is 98.67%. Although the networks never once labeled Senator Paul a conservative, CBS and NBC each labeled him libertarian once.

Immediately following Cruz’s announcement in March, NBC and CBS quickly identified the Tea Party favorite as a “conservative firebrand” and stressed how he planned to run a “very conservative campaign.” ABC’s Jon Karl noted that he’s a “conservative’s conservative, somebody who delights not just in fighting liberals but mainstream Republicans too.”

In previewing Paul's presidential announcement on Tuesday, CBS and NBC repeatedly mentioned how Senator Paul was at odds with the Republican Party on several key foreign policy issues. ABC’s Jonathan Karl instead chose to tout his numerous liberal views that align closely with President Obama: 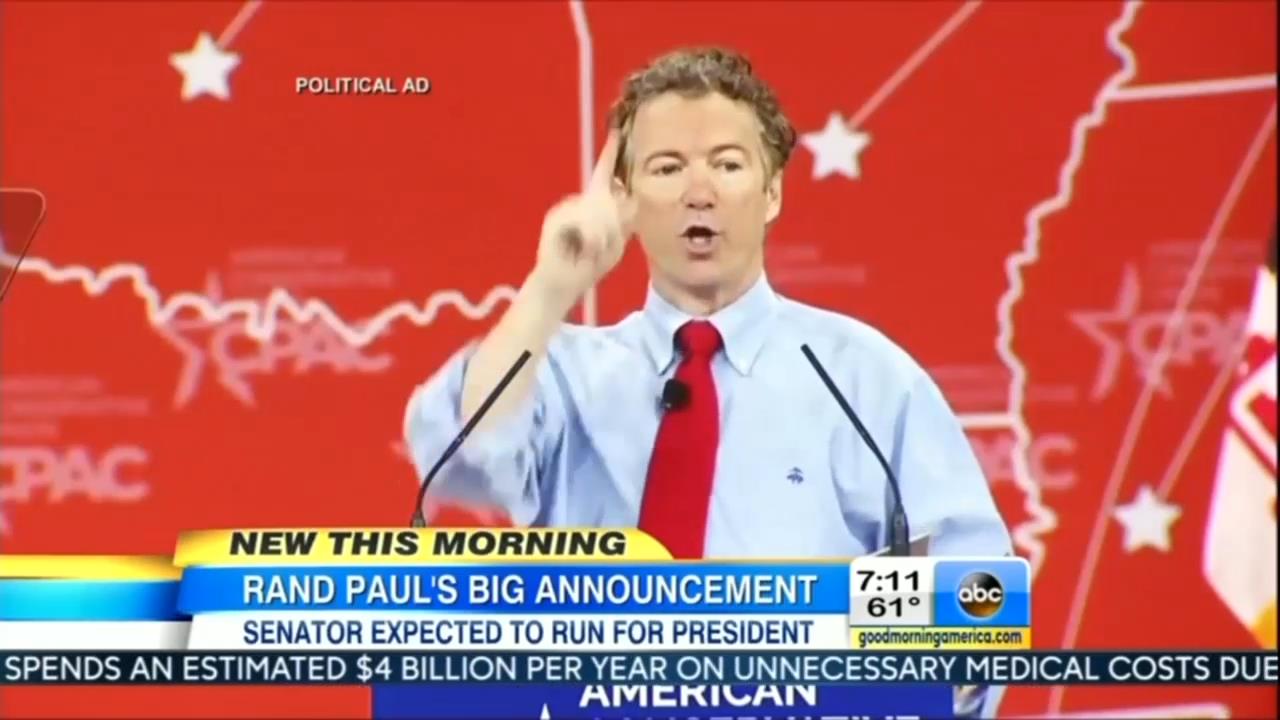 He is a different kind of Republican. He is a Republican who has supported the president on his efforts to strike a nuclear deal with Iran. He is also somebody who has proposed easing anti-drug laws. He has suggested that the war on terror has gone too far and pushed for privacy protections.

On CBS This Morning, Nancy Cordes never labeled Paul a conservative, opting to describe him as being “known for libertarian leanings and his passion.” On NBC’s Today, reporter Kelly O’Donnell proclaimed Paul is a “libertarian, against most foreign aid, wary of U.S. military intervention, and use of drones, putting him at odds with GOP hawks.”

During a news brief, NBC’s Natalie Morales called Paul “controversial” and someone known to “clash with Republicans in Congress as well as reach across party lines.” Earlier in the broadcast,  Co-host Matt Lauer repeatedly hit Paul on foreign policy during an interview with Bloomberg Politics’ Mark Halperin, asking “does he have a credibility problem when it comes to foreign policy?”