During the segment, Bozell argued that “the ideology of the far left that controls the networks has now gone into the arena of journalistic malpractice…I think it’s a direct threat to democracy itself. If you have a public that is not informed, or misinformed by the national news media, it really is hurtful to the democratic process."

The interview began with Bozell and Stuart Varney discussing MSNBC host Rachel Maddow’s failed attempt at mocking FBN over its analysis of falling gas prices. Maddow falsely claimed that “Fox has now decided low gas prices are a threat to America” when in fact Stuart Varney was merely asking if low gas prices would hurt the economy. 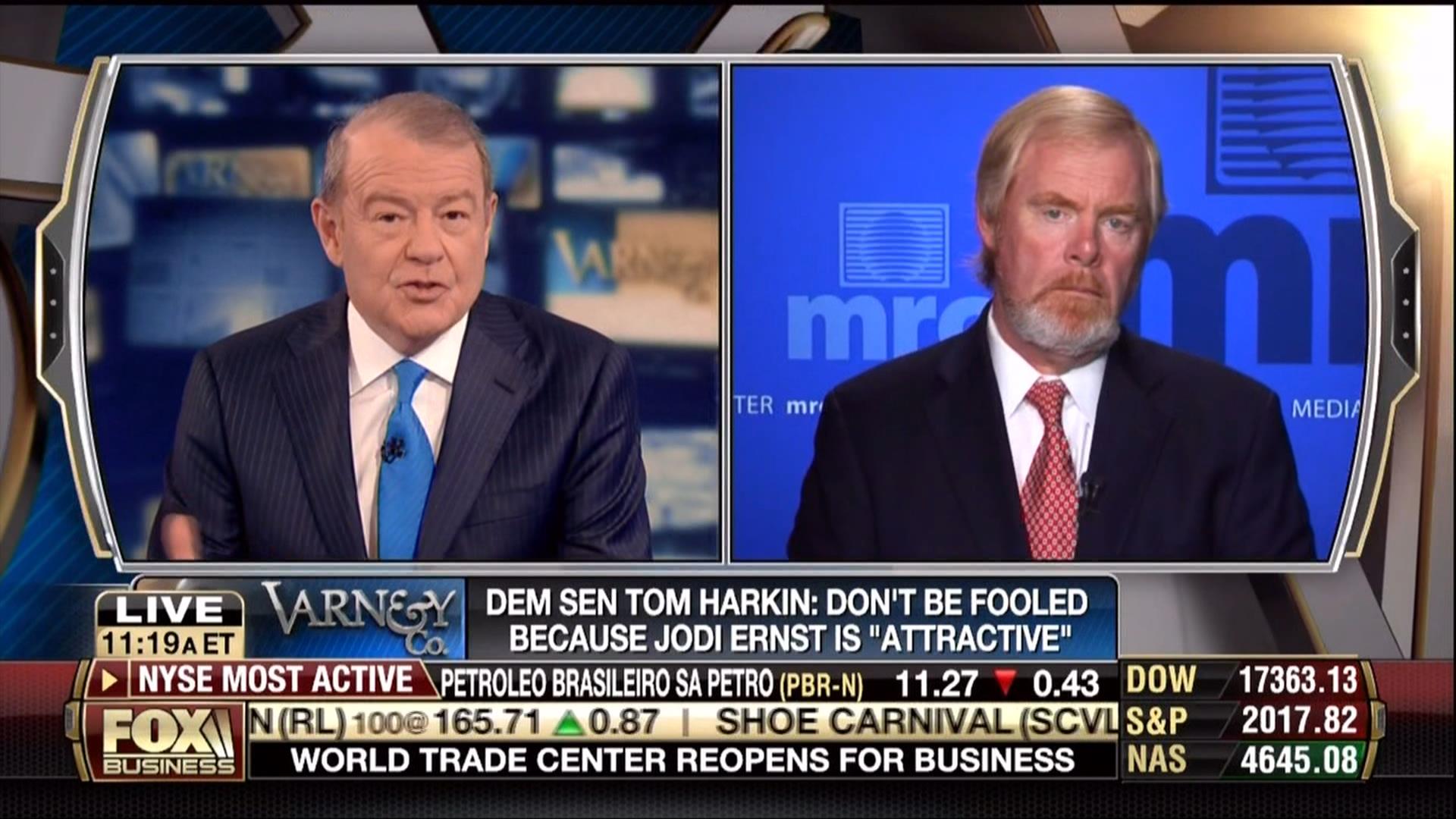 The segment then turned to the MRC’s midterm election coverage study which found that from September 1-October 27, the “big three” (ABC, CBS, and NBC) networks had 209 midterm stories in 2006 compared to just 35 during the same period this year. Bozell insisted that the lack of midterm coverage “is a preposterous performance by the national news media. They simply do not want to report.”

There’s sort of this sense that, ‘Well, I hear so much about Joni Ernst. She is really attractive, and she sounds nice. Well I gotta to thinking about that. I don’t care if she’s as good looking as Taylor Swift or as nice as Mr. Rogers, but if she votes like Michele Bachmann, she’s wrong for the state of Iowa.

Bozell insisted that “if the national news media--if you looked at what the left says about her, about Sarah Palin about Michelle Bachmann. If a conservative said that about a liberal, it’d be front-page news everywhere."

While the “big three” have so far ignored Tom Harkin’s offensive comments, in 2012 the networks pounced on Mitt Romney’s “binders full of women” comments during a presidential debate. In total, the networks gave Romney’s statement a whopping 22 mentions during a three day period have remained silent following a veteran Democrat's offensive attack directed at Republican Joni Earnst.