Alison Lundergan Grimes, the Democratic candidate for Senate in Kentucky, has been mocked repeatedly for refusing to tell voters if she voted for President Obama in 2008 and 2012, citing the sanctity of the ballot box as her excuse.

With Grimes doubling-down in her refusal to answer a basic electoral question during Monday night's debate with Senator Mitch McConnell, Jonathan Karl, ABC’s Chief White House Correspondent, hilariously asked White House Press Secretary Josh Earnest about his vote for president. The ABC reporter framed his question by maintaining that “the Democratic candidate for Senate in Kentucky, this is the Democratic Party’s top hope for knocking off an incumbent Republican, Alison Grimes.” 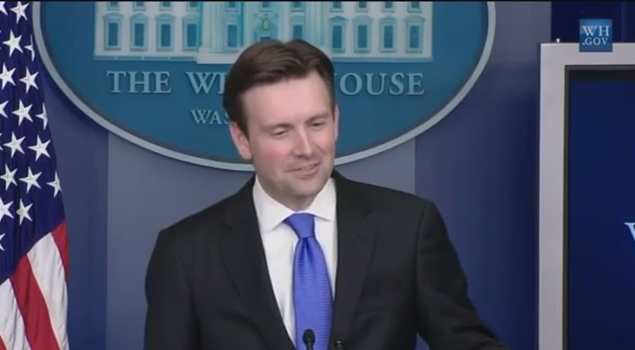 You boldly said you voted for the president. Now I’m assuming that was in 2008 and 2012. Twice? Do you believe you have violated the sanctity of the ballot box by telling us who you voted for? Have you broken any constitutional privilege?

Unlike Grimes, Earnest actually admitted to being a longtime supporter of President Obama. The entire press corps laughed as the press secretary awkwardly danced around Karl’s brilliant question. Kudos to Karl for inadvertently getting the White House Press Secretary to point out Grimes' embarrassing inability to answer the basic question of who she voted for in the 2008 and 2012 presidential elections.