The Real Lesson of the Bill O'Reilly Episode

The moment I heard that David Corn of Mother Jones had some sort of story about Bill O'Reilly's career from decades ago? It shouldn't be rocket science to understand on the spot that this was all about politics.

There is a lesson from all of this O'Reilly story, a reminder of exactly how the American Left works. Make no mistake. This story of what Bill O'Reilly did or did not say or do decades ago during the Falklands War is not what this latest dust-up is really all about.

The first objective here was to try and ruin Bill O'Reilly's career. To get him off of Fox News and shut him up. Not coincidentally sending a torpedo into Fox News itself - and more. Much more. 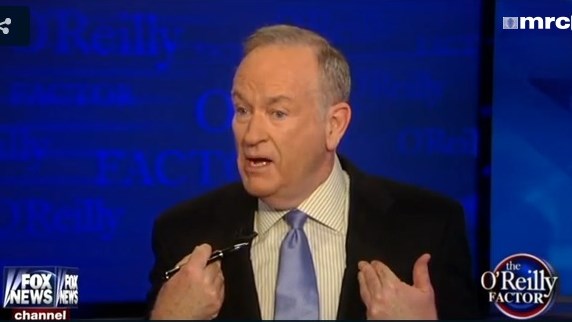 The disturbing fact is that Bill O'Reilly is but the latest figure in what is called "conservative media" to have this experience. And worse? This obsessive drive to destroy - not disagree with, but destroy - conservatives or even those like Bill O'Reilly who do not self-identify as a conservative, (O'Reilly sees himself as a traditionalist or "T-Warrior" as in "traditionalist warrior" and is well out there, as here saying that "I vote all over the map") has spread well beyond conservative media.

Making this destructive urge to ruin lives and careers because of the conservatism of the target -- real or perceived -- is  a distinct and serious problem. A serious problem that we hope in this corner Mr. O'Reilly uses his show and this personal experience of his own to help educate Americans.

Let's start with the visible targets like Bill O'Reilly. Among them are Rush Limbaugh, Lou Dobbs, Glenn Beck, Pat Buchanan, George Will and Juan Williams. Each of these media personalities have been targeted. Rush's audience -- furious -- rallied during the Sandra Fluke business and he kept his show, in spite of much ballyhooed left-wing media driven reports that his sponsors were dropping like flies, a bold lie that is now obvious as Rush's show sails along.

Lou Dobbs was hounded off of CNN in a "Drop Dobbs" campaign, ditto with Glenn Beck from Fox. MSNBC dumped Pat Buchanan for writing a book. NPR fired Juan Williams  because he said (on O'Reilly's show) that "when I am getting on an airplane and see people dressed in garb that identifies them first and foremost as Muslims" and it worried him.

And only last year liberals went berserk over a George Will column on how, to quote The Weekly Standard  "progressive politics have fomented 'rape culture' on college campuses." The wife of an Obama White House staffer was out there demanding The Washington Post fire Will, and the St. Louis Post-Dispatch did drop Will's column.

But it would be a mistake -- and a big one -- to think this kind of targeting is limited to famous conservative media figures.

In the business world Mozilla  -- the parent of the Firefox browser -- saw CEO Brendan Eich resign after a campaign demanding he leave because he had made a $1,000 contribution to California's pro-traditional marriage Proposition 8, a ballot measure which was passed by voters.

Over at HGTV the Benham Brothers, David and Jason, whose planned show was about the decidedly unpolitical business of home renovation were fired when their religious conservatism on abortion, traditional marriage and divorce became known.  So too was actor R. Lee Ermey fired by Geico Insurance from their commercials because he was an Obama critic. Actress Maria Conchita Alonso lost an acting job for supporting a Republican candidate for governor of California.

The demand arose for the A&E network to fire Duck Dynasty's Phil Robertson for his views on same-sex marriage. His fans rallied and after a suspension -- a suspension that was precariously close to a firing until his fans and believers in free speech rallied - Robertson was back. And Apple leapt on the fire-a-conservative bandwagon by firing an Alabama lobbyist for the company when it was found that as a state legislator he had supported traditional marriage.

In the world of education, Marquette University is trying to fire a tenured professor for his conservative views. At the high school level, a Lawrence, Kansas high school teacher - a vocal supporter of Alaska's then-governor Sarah Palin - was fired for his views. At Oregon State University  it was being a climate change skeptic that did in a professor. And, of course, there are those annual stories at graduation time that this or that college or university has revoked a commencement speech invitation to an Ayaan Hirsi Ali (for her views critical of Islam) or a Dr. Ben Carson, the latter voluntarily withdrawing from a commencement speech at Johns Hopkins - where he had practiced for years - because of objections to his traditional marriage stance.

Likewise former Secretary of State Condi Rice withdrew from a Rutgers commencement after leftists threw a fit about hearing from a black woman who was not a fellow-leftist. The stories of Ali, Carson and Rice but three in an endless annual drama over conservative speakers appearing on college campuses.

One could go on and on with stories like these.

What we are witnessing unwind in slow motion is the morphing of the already bullying-style of political correctness into a rigid anti-free speech movement that seeks to forcibly suppress any and all opposition to the leftist world view. And that applies in spades to those involved with Fox News, talk radio or anyone who in anyway is either connected to conservative media or expresses a conservative view on a topic or topics of the day. One small divergence and you are professionally toast. O'Reilly today, Limbaugh yesterday, Beck the day before that and so on and so through the food chain of the conservative commentariat. A mere $1,000 political donation for a Proposition that won the support of the majority of California voters was enough to force out of the executive suite a man -- Brendan Eich -- who by all accounts was a very talented tech exec. And as noted, there is a very long list behind O'Reilly and Eich. All of this before you even get into Hollywood and the treatment of conservatives who are denied jobs because they have the audacity to speak truth to power.

Let's be clear. What was done to Bill O'Reilly was nothing less than one more attempt to completely suppress a viewpoint  - in this case The O'Reilly Factor - the American Left not only wants to silence but suppress utterly.  With Fox News always the perpetual target.

It is wrong - and more to the point, it is dangerous.