You know how liberals love to prattle on about the need for politicians to "work together" and "get things done"?

Back when he was president, George H. W. Bush did exactly that with Democrats in Congress -- he agreed in 1990 to raise taxes to cut the deficit, thereby breaking one of the most emphatic campaign promises since democracy first stirred in the cradle.

A generation later, how does the left show its appreciation? By lying about Bush still.

On her MSNBC show last night, Rachel Maddow recycled a hoary claim about Bush from the 1992 campaign in an obvious attempt to discredit the presidential prospects of former Florida governor Jeb Bush. While Maddow appears put off by the dynastic presumptions of the Bush clan, one suspects she isn't nearly so concerned about a potential Clinton dynasty.

He has this remarkable, staged for the press moment in Florida involving a carton of milk, an apple, and his own wide-eyed amazement. The New York Times' headline after this happened was, "Bush Encounters the Supermarket, Amazed" (Maddow reads from the story). "He grabbed a quart of milk, a light bulb and a bag of candy and ran them over an electronic scanner. The look of wonder flickered across his face as he saw the item and price registered on the cash register screen. 'This is for checking out?' (asked Mr. Bush). "... Amazed by some of the technology."

In the years since that happened, that story has sort of taken on a life of its own. Some people have tried to debunk it -- Of course Poppy Bush had been in a supermarket before! Of course he was aware that supermarkets had been using electronic scanners since the 1970s! He just said he was amazed by it because it was still amazing all those years later, right, they've come up with to try to, sort of, debunk it.

But even with all the pushback, that story stuck and it did not help Poppy Bush in his re-election effort that he looked like an out of touch, super rich guy who didn't know the fundamental basics of peasant life, like how you pay for stuff in a store.

And then there's what actually happened. Maddow claims that "some people have tried to debunk" the story. More accurately, it has been debunked, and long ago at that. But if there's one thing we've learned in the last few weeks, the tales from 30 Rock sure get taller in the retelling.

The initial New York Times story cited by Maddow was written by Andrew Rosenthal, now the paper's editorial page editor, and son of the late Abe Rosenthal, longtime executive editor at the Times. (Uh, while we're on the subject of dynasties ...). 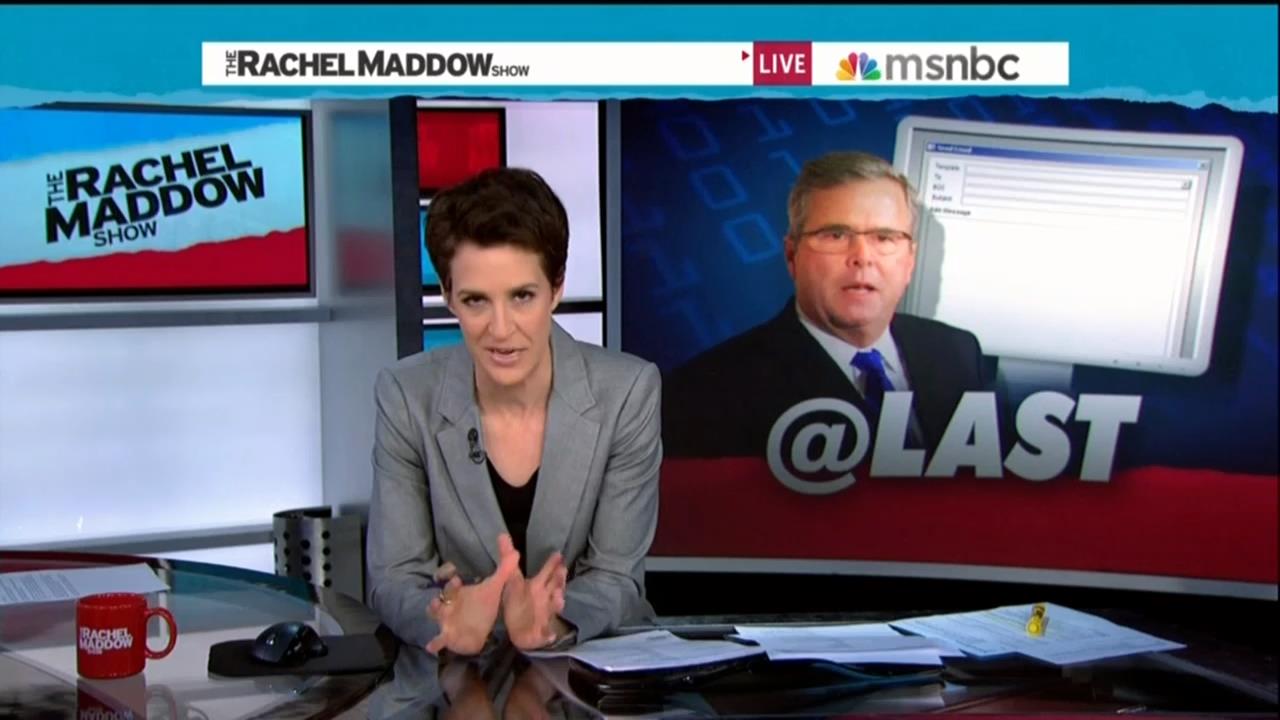 Funny thing about the younger Rosenthal's snarky account of the elder Bush's alleged amazement in that Florida supermarket -- he didn't see it first-hand. Instead, Rosenthal relied on a two-paragraph account from the sole pool reporter who was present.

Back during the 2008 campaign when the Bush scanner myth resurfaced, as it does in every election cycle with a Bush in the mix, National Review's Jonah Goldberg cited an AP story from February 1992 with a decidedly different take. Here's how the AP reported it -

It turns out the supermarket scanner that drew President Bush's attention at a grocers' convention last week really did have some unusual features.

It can read labels -- the so-called universal product codes -- that are ripped up and jumbled.

More than two decades later, scanning technology is even more ubiquitous and can be found on nearly any smart phone. Even today, a scanner that can accurately read a ripped-up barcode remains impressive.

It was widely reported that Bush was surprised to see an ordinary supermarket scanner. ...

"The whole thing is ludicrous," Bob Graham, an NCR Corp. systems analyst who showed Bush the scanner, said in a telephone interview from Pleasanton, Calif. "What he was amazed about was the ability of the scanner to take that torn label and reassemble it."

Even Newsweek, that stalwart of right-wing journalism, pushed back against the Times' op-ed in guise of a news story, stating that "Bush acts curious and polite, but hardly amazed."

Shortly after the Times' story set off predictable guffaws in the media, CBS Radio reporter Charles Osgood admitted he was wrong to perpetuate the bogus narrative. "Fair is fair, and especially since I joined the herd last week and took the occasion to pontificate about how unfortunate it is that we isolate our presidents so much," Osgood said. Turns out that the scanner shown to Bush "is amazing," Osgood added, "and what it does it really something."

So what if it wasn't new technology? Poppa Bush was a famously polite politician. He was at a routine trade show/political event, where his hosts were proud of something or other. Bush acted impressed, as any good politician would. The logic of the Times seems to be that he should have yawned to prove he was in touch with the common man.

Still, it remains unforgivable that Bush 41 didn't rub elbows with ordinary folk in supermarkets more often. But in fairness to the man, forcibly expelling Saddam Hussein from Kuwait and presiding over the end of the Cold War kept him pretty busy.