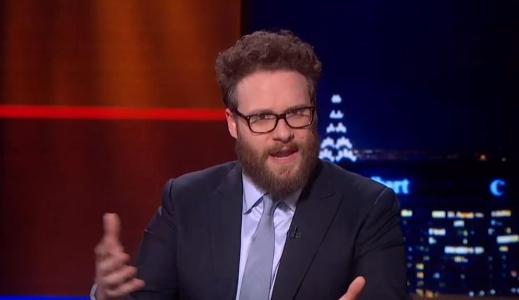 What is it about positive portrayals of Navy SEALs and the families that support them back home that induces liberal actors into making Nazi propaganda comparisons? On Sunday, comedic actor Seth Rogen took to twitter to say that “American Sniper kind of reminds me of the movie that’s showing in the third act of Inglorious Basterds.”

Rogen’s disgusting reaction to the movie about Navy SEAL sniper Chris Kyle was similar to Dax Shepard’s equally sick opinion about 2012’s Act of Valor - a movie that starred actual Navy SEALs. In a February 26, 2012 post the star of TV’s Parenthood tweeted: “Saw ‘Triumph of The Will’ tonight, oh wait, I mean ‘Act of Valor’ great action.”

It’s not just Hollywood actors offended by these movies. Fahrenheit 9/11 director Michael Moore, on Sunday, called Kyle Smith and all other snipers “cowards.” In the January 18 post Moore wrote: “My uncle killed by sniper in WW2. We were taught snipers were cowards. Will shoot us in the back. Snipers aren’t heroes. And invaders r worse.”

American Sniper kind of reminds me of the movie that's showing in the third act of Inglorious Basterds.