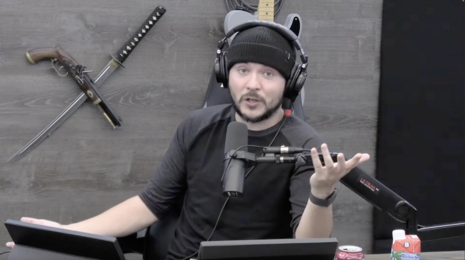 Podcast host Tim Pool slammed Twitter, saying the platform censored one of his tweets in which he was “calling out grooming.”

Twitter did not respond to MRC Free Speech America’s request for comment by the time of publication.

After deleting the tweet and regaining access to his account, Pool began sharing articles about pedophilia and Twitter from The Next Web, The Associated Press Daily Dot and Evie Magazine. The Next Web accused Twitter of allowing “pedophiles to publicly discuss their sexual ‘attraction to minors,’” AP News reported that the platform does not place “sex offender notices on profiles” and Evie Magazine reported that “Twitter Is A Breeding Ground For The Normalization of Pedophilia.”

“Twitter actively protects and supports pedophilia,” Pool accused in one tweet. “Twitter allows pedophiles to groom your kids on the platform,” he added in another post. He concluded by saying, “From now on I straight up call them pedophiles.”

The same day Pool launched his verbal attack against Twitter, he announced that the platform prohibited him from advertising. “Hahaha twitter also just told me all my ad runs are canceled,” he said.

Pool is not the only Twitter user to criticize the platform concerning pedophilia and grooming. Mathematician and author James Lindsay voiced his support of Pool’s tweets. “I agree with @Timcast,”  Lindsay said, “Twitter proactively shelters and enables pedophiles and people who want to recruit children into sexuality-based cults.”

Twitter restricted Lindsay’s account on July 21, 2022 after he responded to a tweet with the words “Ok groomer.” Twitter also locked both The National Pulse Editor-in-Chief Raheem Kassam and Human Events senior editor Jack Posobiec out of their accounts for similar “groomer” comments.

In July, Twitter also reportedly banned the use of the term “groomer” as a violation of its “Hateful Conduct policy when it is used as a descriptor, in the context of a discussion of gender identity.”