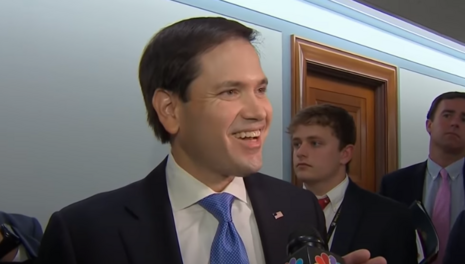 The House Judiciary Committee passed six antitrust bills aimed at Big Tech in a two-day marathon markup. The markup left some conservatives leery of the power that platforms may still hold over users. However, a new Senate bill could help to alleviate some concerns about Big Tech’s power.

Senator Marco Rubio (R-FL) introduced the Disincentivizing Internet Service Censorship of Online Users and Restrictions on Speech and Expression (DISCOURSE) Act. The bill would update Section 230 of the Communications Decency Act “so that when a market-dominant firm actively promotes or censors certain material or viewpoints -- including through the manipulative use of algorithms -- it no longer receives protections,” according to a press release.

Rubio called out Big Tech in no uncertain terms. “Big Tech has destroyed countless Americans’ reputations, openly interfered in our elections by banning news stories, and baselessly censored important topics like the origins of the coronavirus,” Rubio said in the press release. “It is absurd that these massive companies receive special protections through Federal law, even as they tear our country apart. No more free passes -- it is time to hold Big Tech accountable for their actions.”

Under the bill, platforms would no longer be allowed to censor content based on viewpoint without consequence. A dominant platform that “engages in a content moderation activity that reasonably appears to express, promote, or suppress a discernible viewpoint for a reason that is not protected from liability,” under Section 230 “shall be deemed to be an information content provider.”

Rubio’s concerns over Big Tech are well-founded. A recent investigation from MRC Free Speech America found that Amazon’s charity program, AmazonSmile, allows organizations like Planned Parenthood and The Satanic Temple to receive donations from the company. Meanwhile, conservative organizations like the Family Research Council and Alliance Defending Freedom cannot. YouTube also suspended the channel Real America’s Voice over an interview with former President Donald Trump. Twitter, meanwhile, appeared to lock the National File’s account after it posted an article about the death of a teenager who had received a COVID-19 vaccine.