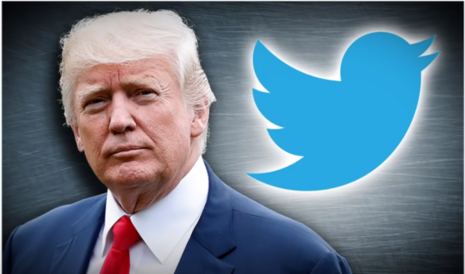 As the nation enters the third day of awaiting the results of the presidential election, Big Tech has entered its third day of censoring posts from President Donald Trump.

Over the past day, Twitter has placed an interstitial, or filter, over five different Trump tweets regarding possible election fraud. The platform claimed that the tweets are “misleading.”

The platform placed an interstitial over the tweets, and in five of the six cases, it turned off comments and likes. Twitter still allowed quote tweets for the posts, however. The interstitial placed over the tweets said, “Some or all of the content shared in this Tweet is disputed and might be misleading about an election or other civic process. Learn More.” Users wanting to see the tweets then have to click “view” in order to see the censored tweets.

On Thursday, Twitter censored a tweet in which Trump said, “ANY VOTE THAT CAME IN AFTER ELECTION DAY WILL NOT BE COUNTED!”

Trump also alleged that some ballots were “dumped.” He said in a Wednesday tweet that “We have claimed, for Electoral Vote purposes, the Commonwealth of Pennsylvania (which won’t allow legal observers) the State of Georgia, and the State of North Carolina, each one of which has a BIG Trump lead. Additionally, we hereby claim the State of Michigan if, in fact,.....” Twitter did not place an interstitial over this tweet, but did slap an alert at the bottom that said “Official sources may not have called the race when this was Tweeted.” Trump then continued in a thread, “.....there was a large number of secretly dumped ballots as has been widely reported!” Twitter did place an interstitial over the second tweet.

Trump said in another censored tweet: “They are working hard to make up 500,000 vote advantage in Pennsylvania disappear — ASAP. Likewise, Michigan and others!”

In another, Trump tweeted: “Last night I was leading, often solidly, in many key States, in almost all instances Democrat run & controlled. Then, one by one, they started to magically disappear as surprise ballot dumps were counted. VERY STRANGE, and the ‘pollsters’ got it completely & historically wrong!”

Twitter also censored yet another of Trump’s tweets, in which he said, “We are up BIG, but they are trying to STEAL the Election. We will never let them do it. Votes cannot be cast after the Polls are closed!”

Facebook announced yesterday in a tweet that “We are continuing to label all posts from both presidential candidates making it clear that votes are still being counted and a winner has not been projected. We are also applying these labels to other individuals who declare premature victory in individual states or overall.” And indeed, the platform has begun to label all posts from Trump and Democratic nominee Joe Biden.

Conservatives are under attack. Contact Facebook headquarters at 1-650-308-7300 and Twitter at (415) 222-9670 and demand that Big Tech be held to account to mirror the First Amendment while providing transparency, clarity on “hate speech” and equal footing for conservatives. If you have been censored, contact us at the Media Research Center contact form, and help us hold Big Tech accountable.