It’s a cold day in hell when a leftist outlet like The Atlantic admits free speech online is actually a good thing. 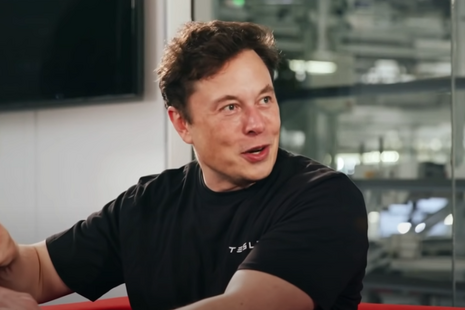 Musk’s perspective on remaking the censorship-obsessed platform into a public town square that encourages diversity of opinion is backed up by “[a] long history of free-speech jurisprudence,” Rosen said.

He didn’t mince words: “Free citizens in a liberal democracy shouldn’t trust any centralized authority—public or private—to make decisions about what books, music, and other content they can safely be exposed to.”

Rosen’s comments came after the world’s richest man made a successful multibillion-dollar bid for a hostile takeover of Twitter. 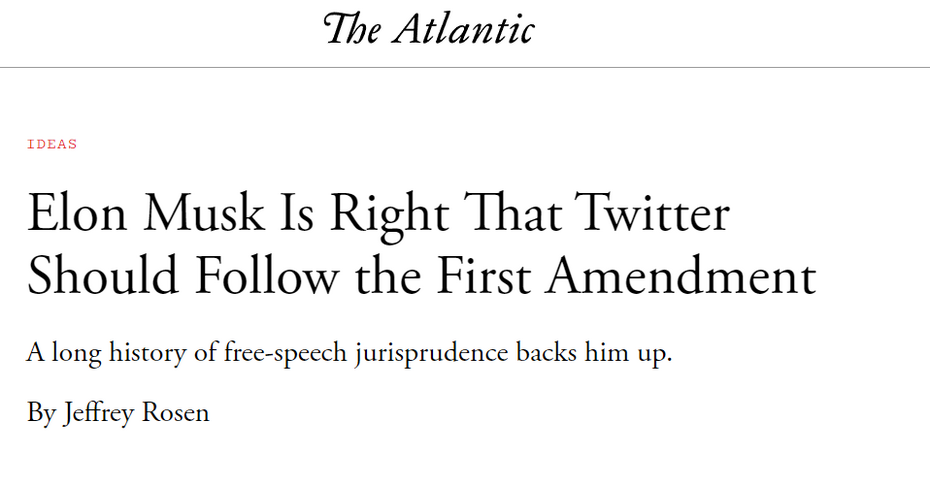 Rosen, however, divorced himself from the liberal screeching and supported Musk’s vision:

Musk’s position is, in fact, convincing. Although private companies are not required to follow the First Amendment, nothing prevents them from doing so voluntarily. And in Twitter’s case in particular, there are strong reasons to believe that the First Amendment should presumptively govern. All four of the main principles that have historically guided the Supreme Court in interpreting the First Amendment apply just as powerfully to social-media platforms as they do to governments.

In Rosen’s view, Twitter’s policy vendetta against so-called “misinformation” was a “vague standard [that] has been applied to take down posts that later turned out to be true.” A prime example, said Rosen, was Twitter locked the New York Post out of its account for 17 days for an October, 2020 exposé on President Joe Biden’s family’s allegedly corrupt foreign business dealings.

The Post’s reporting was corroborated by The New York Times 17 months later. “Musk rightly tweeted that ‘suspending the Twitter account of a major news organization for publishing a truthful story was obviously incredibly inappropriate,’” Rosen said

Musk’s push for Twitter to abide by the First Amendment is “entirely correct,” according to Rosen. “It doesn’t matter whether the president or a prominent social-media company is presuming to tell us what to think or restricting the information we receive in the interest of protecting us.” Rather, said Rosen, “we have no choice but to think for ourselves.”