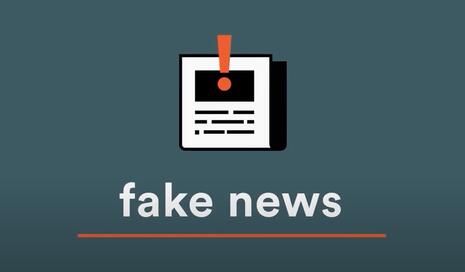 A new study used biased “fact-checkers” to determine what was “true” and claimed conservatives couldn’t tell the difference between factual and misleading news as well as liberals.

The report had some obvious flaws. Many of the so-called “false” headlines were stories from political satire sites like the Babylon Bee. Researchers also paid gig workers just 15 cents each to decide if the statements benefitted Republicans or Democrats more. This led to disastrous and embarrassing results. These findings call the whole study into question.

Professor R. Kelly Garrett and Associate Professor Robert M. Bond, both from Ohio State University, relied on funds from a Facebook Integrity Foundational research award. They concluded that “American conservatives discriminate between political truths and falsehoods less well than liberals when assessing a broad cross section of real-world political claims.” The study looked at how well people could distinguish whether popular stories on social media in the first half of 2019 were true or false.

The study’s finding that “conservatives are uniquely susceptible to political misperceptions” is questionable on its face. Another study in early 2020 presenting subjects with multiple choice questions on a broad range of policy issues like taxation, health care and global warming found that Trump voters were 14 percent more accurate than Democrat voters at selecting the correct answer.

Unfortunately, the researchers failed to account for findings from the Pew Research Center in 2020 that “those who rely on social media for news are less likely to get the facts right about … politics.” Without controlling for such data, it’s impossible to know if the findings of the study are only reflective of subjects who rely on social media for news versus those who don’t.

There are other problems with the latest study, titled “Conservatives’ susceptibility to political misperceptions,” and published in the June 2021 issue of Science Advances. It compiled bi-weekly lists of 20 of the most engaged headlines from social media for just over five months. Each list included 10 true headlines and 10 false. To determine whether the headlines were true or false, the researchers used “several indicators, including source domain, other news coverage, published assessments by fact checkers, and assessments by scholars with relevant expertise.”

Among the headlines deemed “false” were a number of stories taken from political satire sites such as The Babylon Bee. After The Bee accused The New York Times of defamation for characterizing it as “misinformation,” the Times issued a correction. The Science Advances study’s use of satirical headlines as examples of “false” news is misleading.

Relying on fact-checkers to help determine the accuracy of the headlines used in the study was also troublesome. There are many problems with fact-checkers. Facebook’s fact-checkers are all part of the liberal Poynter Institute's International Fact Checking Network (IFCN), which received $1.3 million from liberal billionaires George Soros and Pierre Omidyar. A report from December 2020 also revealed that one of the certifiers working at IFCN was a highly partisan Clinton supporter.

Lead Stories, which has performed a significant percentage of the fact-checks on Facebook at times, is run by CNN alumni. USA Today reportedly used college interns to help with its fact-checking. The recent reversal by PolitiFact of a “fact-check” on the COVID-19 Wuhan laboratory leak theory is further evidence that “fact-checkers” aren’t a reliable source when evaluating the truth of a headline.

One statement researchers deemed true that was listed as “Half True” by PolitiFact read: “A new study finds that reports of hate crimes increased 226% in counties where President Trump held campaign rallies compared to similar counties that didn’t host rallies.”

The study also sought to determine the political orientation of each headline. The researchers used gig workers with Amazon’s Mechanical Turk program for this work, citing studies claiming that the data produced by these workers is highly accurate. Researchers paid the workers just $.15 per headline to determine how much it would benefit both Republicans and Democrats if the statement were “true.” Workers were also provided with short summaries of the articles, prepared by researchers, to provide more context in the rating work.

Upon review, a large number of statements used in the study had questionable categorization, which would call into question another major finding in the study.

“We then demonstrate that conservatives’ relatively poor ability to separate truths from falsehoods is explained, in large part, by the political orientation of the claims in circulation. We find that high-profile true political claims tend to promote issues and candidates favored by liberals, while falsehoods tend to be better for conservatives.”

A headline that was labeled by AMT workers as benefitting Democrats read: “Israeli President Benjamin Netanyhu has been re-elected for a fourth consecutive term.” A statement determined to benefit Republicans read: “Former Vice President Joe Biden has announced that he is running for President in the 2020 election.” Both statements are objectively neutral.

Many headlines rated for a single party were ambiguous enough that they could be seen to benefit either party, depending on how the headline is perceived. For example, a statement benefitting Democrats read: “Senator Elizabeth Warren, a Democratic candidate for President, has proposed canceling up to $50K of student loan debt for families that make less than $250K a year.” Republicans who view the proposal as outrageous could also benefit from this headline.

Another example of a problematic rating read: “A federal judge said that residents of Flint, Michigan can sue the Environmental Protection Agency (EPA) for not acting more quickly in response to the city’s water crisis.” The Flint water crisis began in 2014 while President Obama was in office, so it’s unclear why this statement would be determined to benefit Democrats, yet it was.

With so many inaccuracies, questionable methodology, the use of biased sources and funding provided by Facebook, it is hard to take the study seriously.