YouTube has shown time and time again that it won’t allow users to post about Jan. 6 or the 2020 election unless they outright deny claims of potential fraud or vote-counting errors. The Congressional January 6 Committee is no exception.

The committee released short clips of witness testimony from the ongoing hearings. 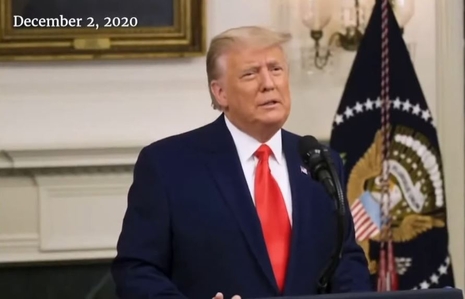 YouTube spokesperson Ivy Choi confirmed the censorship, telling MRC Free Speech America: “We enforce our policies equally for everyone, and have removed the video uploaded by the January 6th Committee channel.” The censored video has since been made private.

According to The Times, the Jan. 6 committee’s clip showed Trump on Fox Business talking about voter fraud. “We had glitches where they moved thousands of votes from my account to Biden's account,” Trump said. “They're not glitches. They're theft. They're fraud, absolute fraud. This election was over, and then they did dumps; they call them dumps, big massive dumps; in Michigan and Pennsylvania and all over.”

The policy describes context as providing “countervailing views,” or clearly showing that the content is meant to “condemn, dispute or satirize” voter fraud claims.

In other words, YouTube only allows users to post clips of Trump or others suggesting foul play in the 2020 elections if and only if the videos condemn, dispute or deny the allegations. This includes news interviews and even the Congressional January 6 Committee’s videos.

Conservatives are under attack. Contact YouTube at 650-253-0000 and demand that Big Tech be held to account to mirror the First Amendment while providing transparency, clarity on “hate speech” and equal footing for conservatives. If you have been censored, contact us using CensorTrack’s contact form, and help us hold Big Tech accountable.