EXCLUSIVE With Jeff Kosseff: You May Not Be as Anonymous as You Think

If you thought you could easily be anonymous on social media, think again.

Cybersecurity expert Jeff Kosseff warned that people are losing their ability to be anonymous online. He said he thinks “everyone should be concerned about being able to be tracked by companies and by the government and want to figure out a way to avoid that outcome.” 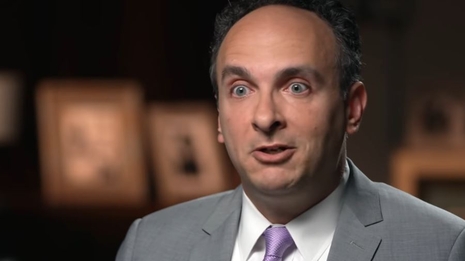 Kosseff authored The Twenty-Six Words that Created the Internet and just released a new book titled The United States of Anonymous about First Amendment protections for anonymous speech.

The new book covered the history of anonymous free speech from American colonial writings penned with pseudonyms to online usernames. Kosseff explained how the courts have upheld anonymity as a First Amendment right of speakers who otherwise may have remained silent. Kosseff also explored the challenges of protecting anonymity on social media. “[P]eople don’t realize that data points, even if they don’t contain your name, can identify you,” said Kosseff in an MRC Free Speech America exclusive.

In The United States of Anonymous, Kosseff vividly explained how social media posts can identify users. He recalled a 2015 presentation given by Navy Lt. Zac Dannelly who demonstrated software that could “build geolocation-based profiles” using public social media posts. According to Kosseff, Dannelly used a West Point cadet as an example.

“With a few clicks, Dannelly managed to trace his movements, pinpointing details such as the cadet’s hometown (and, in fact, home address thanks to geolocation tags on his social media posts) and where he visits for vacation,” Kosseff wrote. “All this came not from highly sensitive databases of confidential information, but social media posts and check-ins that the cadet voluntarily provided to the world.”

Kosseff explained to MRC Free Speech America that when users offer multiple pieces of information about themselves “there might only be one person that meets that profile.” He said geolocation data embedded in photos is one example of identifying information. Another example noted in his book is web browsing history, which can be matched with links the user shared on social media.

Kosseff said collection of personally identifiable information is “an intrusion on our anonymity and our privacy rights.” He also noted that many Americans don’t care they’re being tracked even if they know they’re not anonymous. “I think too often there’s this idea of ‘Well, I don’t have anything to hide so, therefore, I don’t care about it.’ And, I mean, personal information can be misused in so many different ways,” he said, citing authoritarian regimes that profile citizens.

The author offered a few solutions to the increased encroachments on anonymity and data privacy. In the book, he called for a national privacy law, pointing out that “[m]any state and federal laws already impose greater protection for medical records, student data, and bank account information.” He told MRC Free Speech America, “Even though California, Virginia and Colorado are the only states that have these data protection laws, there are a lot of companies that will honor requests [to delete personal information] from anyone.” However, he emphasized that the “main tool” for protecting user data “is just to be really careful about what you post online.”

Conservatives are under attack. Contact your representatives and demand that Big Tech be held to account to mirror the First Amendment while providing transparency and anonymity. If you’ve been censored, contact us at the CensorTrack contact form, and help us hold Big Tech accountable.