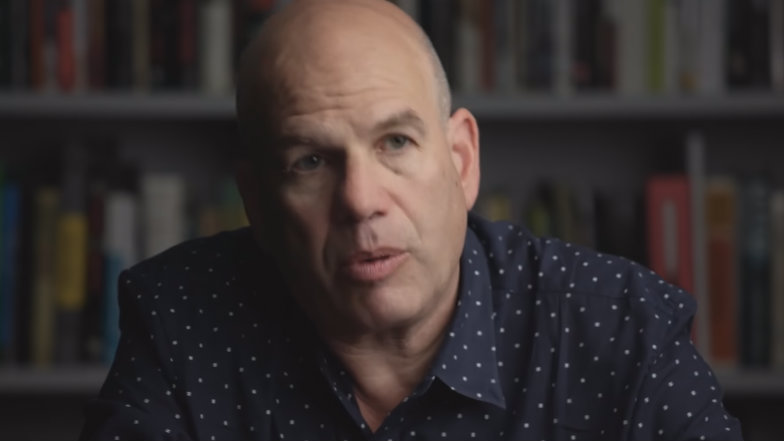 Simon, the creator of HBO’s The Wire and a self-proclaimed marxist who once called the US “a horror show,” was banned from the social media site due to his use of profane and aggressive language towards other users. Though he didn’t specify which instances were to blame for the ban, his response to Twitter’s crackdown revealed that it was probably the use of one of his favorite online insults, “Die of boils.”

On Friday, Simon gave the internet a front row seat to a meltdown of, let’s say, biblical proportions. Livid that Twitter had begun to crackdown on his vile epithets, he unleashed a statement of unbridled contempt for online conservatives and Twitter staff.

Suffice to say that while you can arrive on Twitter and disseminate the untethered and anti-human opinion that mothers who have their children kidnapped and held incommunicado from them at the American border are criminals -- and both mother and child deserve that fate -- or that 14-year-old boys who survive the holocaust are guilty of betraying fellow Jews when there is no evidence of such, you CANNOT wish that these people should go away and die of a fulminant venereal rash.

Yes, that’s correct. Simon was aggravated that he was banned for wishing horrible, Book of Exodus-like suffering on those who disagreed with him politically. He continued his hysterics by wishing more biblical plagues upon the Twitter management.

“Slander is cool, brutality is acceptable. But the hyperbolic and comic hope that a just god might smite the slanderer or brutalizer with a deadly skin disorder is somehow beyond the pale.” As a parting gift, he added a sweet little “Die of boils, @jack,” to Dorsey.

Simon also added that, in censoring him, Twitter was guilty of promoting a double standard. He accused Twitter of leaving “the real profanity and disease” on social media “untouched,” while choosing to police “decorum.” Remember, decorum in this case refers to wanting someone to suffer a “fulminant venereal disease.”