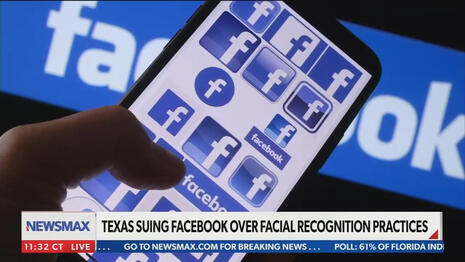 “Facebook has been storing millions of biometric identifiers (defined by statute as “a retina or iris scan, fingerprint, voiceprint, or record of hand or face geometry”) contained in photos and videos uploaded by friends and family who used the social media app,” Paxton writes in his announcement.

“The company repeatedly captured biometric identifiers without consent billions of times, in knowing violation of Texas’ Capture or Use of Biometric Identifier Act and the Deceptive Trade Practices Act,” Paxton says.

“This is yet another example of Big Tech’s deceitful business practices and it must stop. I will continue to fight for Texans’ privacy and security,” the Texas attorney general writes.

As the lawsuit contends, Facebook surreptitiously collected data – on both users and non-users alike – and disseminated that data, with neither the knowledge nor consent of Texas, thus jeopardizing their safety and security:

“Facebook has, for over a decade, built an Artificial Intelligence empire, on the backs of Texans by deceiving them while capturing their most intimate data, thereby putting their well-being, safety and security at risk.”

“Texans who used Facebook’s social-media services were oblivious to the fact that Facebook-without their permission-was capturing biometric information from photos and videos that users had uploaded solely for the purpose of sharing with family and friends.

“Also unbeknownst to users, Facebook was disclosing users’ personal information to other entities who further exploited it.

“Facebooks illegal and deceptive conduct did not end with its users. For Texans who did not use its social-media services, Facebook was still capturing hundreds of millions of biometric identifiers from photos and videos innocently uploaded by friends and family who did use Facebook. There was no way for such non-users to know of or contest this exploitation.”

The lawsuit is seeking civil penalties on Facebook of as much as $25,000 per violation. which could theoretically cost Facebook billions of dollars.