Twitter automatically tags interests for accounts based on the user’s activity. However, it appears as if accounts are being flagged based on their interests. In at least one prominent user’s case, it may have caused his account to be suppressed.

MyPillow CEO Mike Lindell had announced in a Rose Garden press conference with President Trump that his company was going to switch from pillows to masks for health workers on March 30. “I was the No. 1 story,” he told the Media Research Center. “Everything went viral for two days.” But his Twitter account appeared to tell a different story. 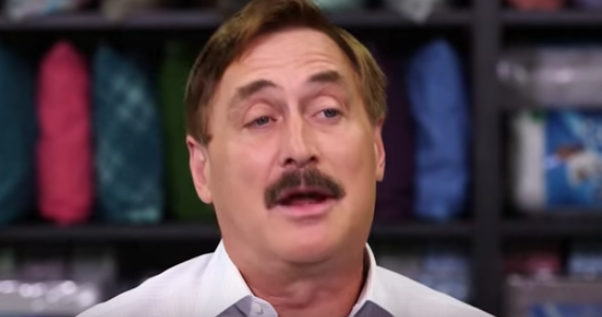 “All week long, I think I only gained 15,000 followers,” said Lindell. “A friend of mine told me that I’m probably getting shadowbanned.” In the beginning of March, Lindell had 103,000 followers.

He said that no matter what kind of content was tweeted, the reaction was still muted. “I’ll put out a tweet with the president that will have 3 million views, or 5 million, but I only get 500 followers on Twitter,” said Lindell.

A Twitter spokesperson told the Media Research Center that Twitter had taken no action on the account. But Lindell said that when he cleared the interests in his settings, his followers spiked. “I never selected my interests,” he said. “Mine were tagged corruptly. I don’t have interests in any of these things that were on there.”

The interests tagged included Hillary Clinton and Democratic and Republican parties. “I don’t have any interest in Hillary Clinton,” said Lindell. “It is almost like they took my interests as the opposite of what I was interested in.”

Twitter interests, according to the site, are “matched to you based on your profile, activity, and the Topics you follow. These are used to personalize your experience across Twitter, including the ads you see.”

One of those interests seems to have affected his ability to attract followers. After Lindell removed the interests, his followers “jumped up by 50,000” over a 24 hour period.

Lindell had this problem before. When the movie, Unplanned, a pro-life film financed by Lindell, came out, Twitter banned the account, mysteriously. It was later restored, but no explanation was given.