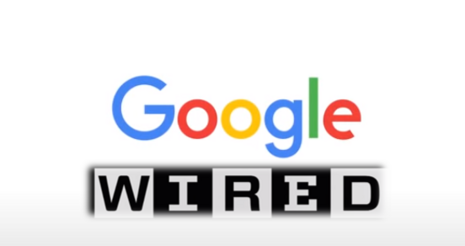 WIRED whined in an August 16 piece that content on Google, just like on social media platforms, can create an “information trap.” Francesca Tripodi asserted in the WIRED article that “[c]onspiracy theorists and propagandists” are engineering online content to spread “lies.”

One example of the supposed ongoing destruction to democracy that Tripodi raised were the events of January 6, 2021, the left’s favorite punching bag.

Tripodi wrote that an article from The Washington Times published on January 6, 2021, titled “Facial Recognition Identifies Extremists Storming the Capitol,” was inaccurate.

Yet “the disinformation is still widely accessible with a simple Google search,” Tripodi huffed. She indignantly defended Antifa, which the Homeland Security Secretary previously classified as a domestic terrorist group in 2020.

Tripodi also resorted to bashing both The Washington Times and the Jan. 6 protestors, frantically spewing that “elected officials” both on the “House floor” and on Twitter “perpetuated” The Times story.

Do WIRED and Tripodi object to free speech and freedom of the press?

Allowing users to access alternative views the left classifies as “misinformation” is unacceptable, WIRED indicated through its reporting.

“To combat [misinformation], users must recalibrate their thinking on what Google is and how information is returned to them, particularly as a heated midterm season approaches,” Tripodi lectured. “Rather than assume that returns validate truth, we must apply the same scrutiny we’ve learned to have toward information on social media.”

While WIRED is correct in noting that search engines can return biased results, this bias generally favors leftists.

For instance, research by psychologist and researcher Dr. Robert Epstein uncovered evidence that Google’s search results leaned in favor of Democrats leading up to the 2020 election. An election-related data analysis project launched by Axios and Google Trends in November 2021 indicated that Google’s left-leaning search bias is continuing ahead of the 2022 midterm elections, as Epstein exclusively analyzed for MRC Free Speech America.

Conservatives are under attack. Contact Google at (650) 253-0000 and demand that it be held to account to mirror the First Amendment and provide clarity on its data policies and an equal footing for conservatives. If you have been censored, contact us at the Media Research Center contact form, and help us hold Big Tech accountable.