The Washington Post claimed that Tesla CEO Elon Musk’s deal to buy Twitter is “in peril,” as Musk continues to try to get important raw data from Twitter. 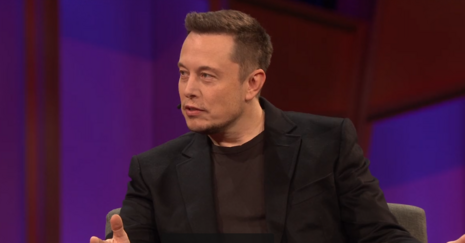 Since Musk’s team cannot seemingly verify Twitter’s spam bot numbers, a “change in direction” may be happening soon, The Post claimed. Musk tweeted his apparent frustration in May, “20% fake/spam accounts, while 4 times what Twitter claims, could be *much* higher. My offer was based on Twitter’s SEC filings being accurate. Yesterday, Twitter’s CEO publicly refused to show proof of <5%. This deal cannot move forward until he does.”

The Post alleged that talks with investors “cooled in recent weeks” as Musk’s team attempts to get accurate data on the number of spam bot accounts on Twitter.

The Post cited three anonymous sources for its report, alleging that Musk’s team may take “drastic action” in the near future.

Musk’s struggle for accurate data and a loss in personal net worth due to a global sell-off in tech stocks have hampered the Twitter deal’s progress, according to The Post. Musk said that he wanted to make Twitter a more pro-free-speech and politically neutral platform, as The Post also noted.

The Post claimed that Twitter might try to “force” Musk to close the deal, or alternatively, the deal’s terms could force the billionaire to pay a massive fee if he decides to back out.

Musk reportedly told Twitter at the end of June that he needed more raw data, weeks after it was reported that Twitter would give its data on spam bots to Musk.

The Post, owned by Musk’s rival tech billionaire Jeff Bezos, has been attacking Musk’s free-speech stance for platforms since the Twitter deal was announced about three months ago.

An MRC Business study of The Post’s archives found that the outlet published at least 15 articles between Musk’s April 14 Twitter announcement of the deal and April 17, criticizing him on his mission to turn Twitter into a platform that upholds free speech. The articles altogether comprised a whopping 17,046 words, and all of the articles tried to smear Musk. One Post columnist claimed that if Musk succeeds, “we’re all doomed.”