Anti-free speech leftists had a meltdown on Twitter following a report that Elon Musk plans to un-ban former President Donald Trump on the platform. 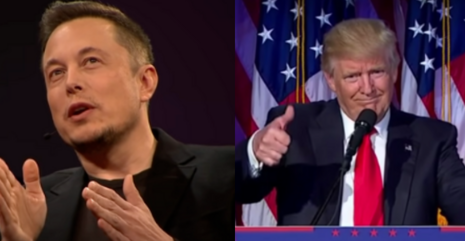 Radical activist organization Occupy Democrats’ tweet was hysterical, as usual. “BREAKING: Elon Musk announces that he will reverse Donald Trump's Twitter ban because it was a ‘morally bad decision’ and ‘alienated a large part of the country’ — paving the way for Trump to use the platform for another deadly insurrection. RT IF YOU SUPPORT BANNING TRUMP!” Occupy Democrats wrote in a tweet.

In the same vein, Weissman, president of the George Soros-funded Public Citizen, tweeted: “Elon Musk is wrong in believing Twitter can turn a blind eye to the clear and present danger Trump poses to American democracy.” Does Weissman think free speech is a threat to democracy?

Some leftists specifically critiqued Musk. Journalism professor John Schwartz tweeted condescendingly: “It should amaze us how much Elon Musk is wrong about, and how much he wants to broadcast his wrong opinions and act on them. Somehow, it just makes me tired.”

The meltdown got crazier, though. CNN’s Reliable Sources anchor Brian Stelter tweeted the otherworldly take from spacey guest and fellow CNN anchor Alisyn Camerota: “@AlisynCamerota's take on Musk saying he would reverse Trump's Twitter ban: ‘I think that Elon Musk just knows that he himself can escape to space, and the rest of us earthlings will have to deal with this.’”

Accusations against Trump formed the basis for some tweets. Former New York Times reporter and author Steven Greenhouse tweeted: “Elon Musk is dangerously wrong about letting Trump back on Twitter. Trump is a non-stop spewer of lies & hatred—He's an egomaniacal authoritarian who sought to stay in power after losing an election.” Greenhouse hyperbolically ended, “Trump has such a huge megaphone that it'll be impossible to counter all his lies.”

Media campaign Sleeping Giants seemed to suggest that radical leftists make up the majority of social media experts. “Regardless of his Trump announcement, it’s striking to see how Musk’s worldview on social media is not informed by people who have studied it, developed it and made policies for it, but rather by edgelords who used extremism to work the algorithms to build rabid audiences,” the campaign tweeted.

Some leftists found words insufficient to express their feelings. Netflix writer and social media star Josiah Johnson tweeted a video of the contents of a stovetop pot bursting into flames with the comment, “Elon Musk adding Trump back to Twitter.”

Cussing was another reaction. The USA Singers state in their bio “We make Resistance Music … We stand against Fascism.” The USA Singers also tweeted: “Fuck Donald Trump with Elon Musk.”

Elon Musk will reportedly serve as temporary CEO for Twitter after his deal to buy the platform is finalized, according to CNBC.