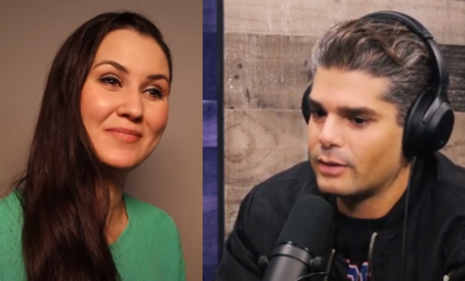 The online payments company suspended BlazeTV’s “You Are Here” host Sydney Watson and Wrong Opinion podcast host Josh Lekach, according to Reclaim The Net. Patreon is a platform that allows artists and other creators to get paid directly for content they produce. Patreon, however, has apparently decided that some commentators should not be allowed to make money.

The company reportedly banned Watson for propagating “negative stereotypes or segregational content,” according to information she reportedly told Rebel News host Andrew Chapados. “Asked Patreon why they decided to ban me. They didn't answer,” tweeted the unverified Twitter account purporting to be Watson. “They note here they take into consideration everything you do outside their platform. This is batsh*t. This platform can hold your money hostage if they don't agree with what you do everywhere else. Insanity.”

An unverified account purporting to be Lekach tweeted that Patreon banned him without warning mere hours after appearing on Alex Jones’s controversial InfoWars. “I’VE NEVER RECIEVED [sic] ANY WARNINGS FROM THEM. 725 PATRONS AND 4K A MONTH GONE,” Lekach said. Like Watson, Patreon reportedly censored Lekach for alleged hate speech.

Conservatives are under attack. Contact Patreon here and demand it mirror the First Amendment while providing transparency and equal footing for conservatives. If you have been censored, contact us using CensorTrack’s contact form, and help us hold Big Tech accountable.