NBCUniversal is reportedly partnering with Chinese state-linked social media app TikTok for an advertising campaign designed to promote NBC’s coverage of the 2022 Winter Olympics in Beijing. 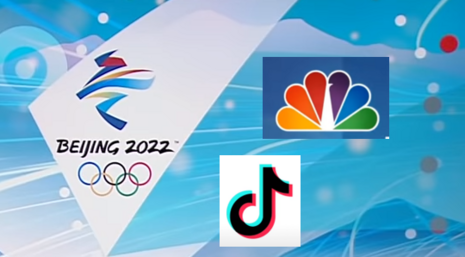 Social media app TikTok’s parent company ByteDance is partly owned and controlled by the Chinese Communist Party (CCP). Yet NBCUniversal has reportedly formed an advertising partnership with TikTok to promote coverage of the 2022 Winter Olympics, which is being hosted by the genocidal CCP in Beijing.

NBCUniversal’s advertising partners will be “the first brands to pilot a new, creative ad experience on TikTok,” according to TechCrunch. Details on the new ad experience have not yet been revealed.

After Olympics-related content received around “18 billion views on TikTok,” NBCUniversal asked TikTok to collaborate officially for the 2022 Olympics and Paralympics, TechCrunch wrote. TikTok became a hot spot for Olympians to post exclusive content during the 2021 Tokyo games, and NBCUniversal is evidently wagering on the same phenomenon for 2022 Beijing. There is a morally questionable element here too, however, since NBCUniversal is partnering with a platform tied to a regime committing human rights violations.

This partnership with TikTok is not NBCUniversal’s only questionable tie to the Chinese regime. The company built the Universal Beijing Resort theme park that opened in September 2021 in the CCP’s capital. The resort, with seven themed lands and hotels, was being built even as the China-originated COVID-19 virus was creating a worldwide pandemic, which the CCP lied about.

NBC even defended China’s dishonesty surrounding the virus. NBC also praised China’s handling of the COVID-19 pandemic, suggesting China had asserted “itself as global leader” as the “U.S. struggles to stem coronavirus,” in an article from March 26, 2020.