So much for free speech online. “Big Tech hates America and free speech. It’s death by 1 billion cuts. We’re not going to let them get away with it,” said Media Research Center President L. Brent Bozell in a tweet.

American Principles Project Director of Policy Jon Schweppe said on SubStack that APP received an “e-mail from Google notifying us that our YouTube channel had been shut down due to ‘severe or repeated violations’ of YouTube’s community guidelines.” YouTube suspended American Principles Project’s YouTube channel on Monday, Schweppe wrote. The screenshot of YouTube’s purported message accused APP of “severe or repeated violations of our Community Guidelines.” The message added, “[I]t’s our job to make sure that YouTube is a safe place for all.” 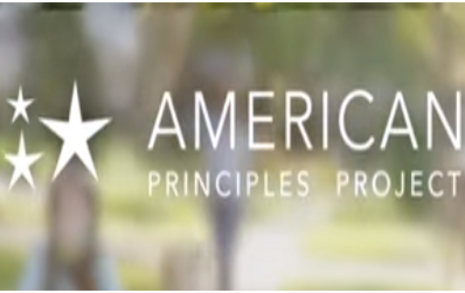 Schweppe pondered why the APP YouTube channel was censored. Was it simply because of the video Schilling tweeted? “Maybe it was because of our effort to expose how Big Pharma and the radical Left are colluding to exploit transgendered people — and especially transgendered children — for profit?” Schweppe questioned.

“But it might be even simpler than that. APP has been a thorn in Big Tech’s side for years now. … Maybe Google thought it would be good strategically to silence APP ahead of some key votes coming up in the House?”

Ivy Choi, YouTube spokesperson, responded to an inquiry from MRC Free Speech America, saying, “We enforce our Terms of Service equally for everyone, and terminated the American Principles Project (APP) channel for reuploading content from a previously terminated channel. Upon review of their appeal, we have reinstated the APP channel and issued a warning to the channel, in accordance with our three-strikes system. We’re working with APP to explain our policies so they can make the best decisions for their channel moving forward.”

YouTube cited reuploads of Steve Bannon’s War Room on the APP channel as the reason for the channel’s suspension.

Recently, YouTube has seemingly been increasing its censorship. YouTube reportedly announced demonetization of all content critical of the liberal “climate change” narrative and censorship of all content critical of vaccines. YouTube has also reportedly randomly demonetized hunting and fishing videos. The Big Tech video platform even purportedly caved to the Russian government recently and censored Russian political dissident Alexey Navalny.

American Principles Project is part of the Free Speech Alliance.

Conservatives are under attack. Contact YouTube here or send feedback and demand that Big Tech be held to account to mirror the First Amendment. If you have been censored, contact us using CensorTrack’s contact form, and help us hold Big Tech accountable.