Cruz: Musk’s Battle ‘One of the Most Important’ for Free Speech in Decades 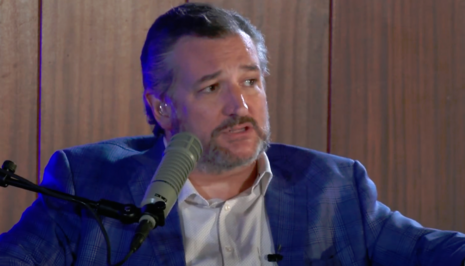 Sen. Ted Cruz said Elon Musk’s battle with Twitter is one of the most important battles for free speech in decades. Musk offered to buy Twitter for $43 billion dollars.

In response, Twitter implemented a “poison pill” strategy in an effort to prevent him from purchasing the platform. Twitter said it received “an unsolicited, non-binding proposal to acquire Twitter.”

“The Rights Plan is intended to enable all shareholders to realize the full value of their investment in Twitter,” Twitter said of its decision. “The Rights Plan will reduce the likelihood that any entity, person or group gains control of Twitter through open market accumulation without paying all shareholders an appropriate control premium or without providing the Board sufficient time to make informed judgments and take actions that are in the best interests of shareholders.”

Twitter kept the door open for a potential purchase, however, and stated that “the Rights Plan does not prevent the Board from engaging with parties or accepting an acquisition proposal if the Board believes that it is in the best interests of Twitter and its shareholders.”

Cruz discussed the ongoing dispute on his podcast.

“The battle between @elonmusk and Twitter is one of the most important battles for free speech in decades!” Cruz tweeted with a segment of the podcast.

“This is a testing moment where Big Tech keeps getting more and more brazen…and suddenly Elon Musk came in and is threatening to tip over the apple cart,” he said.

Cruz said the funniest response to Musk’s offer was an article penned by the editorial board at The Washington Post–which is owned by Amazon billionaire Jeff Bezos–that said the sale would be “bad” for democracy.

He then joked that The Post’s slogan, “Democracy Dies In Darkness,” was now the publication’s “mission statement.”