‘Out for Blood’: Elon Musk Condemns Those Who Pushed Russia Hoax

Billionaire industrialist and free speech warrior Elon Musk threw down the gauntlet. The world’s richest man called out political disinformation when he condemned those who pushed the Steele dossier falsely claiming former President Donald Trump was tied to Russia. 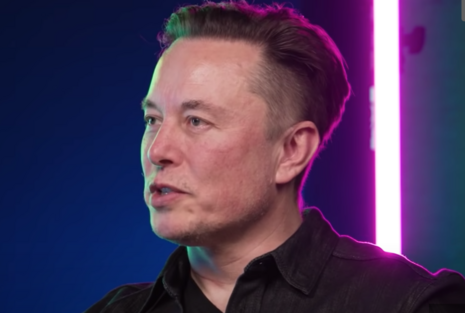 Amid his battle to acquire Twitter and enshrine free speech, Musk scorched the political establishment as the true source of election hacking disinformation. Rep. Jim Jordan (R-OH) tweeted a series of statements stating that powerful liberals pushed the debunked Russiagate narrative: “Christopher Steele created the dossier. Glenn Simpson sold it to the press. Michael Sussman took it to the FBI. And Democrats and the media lied to you about it all.”

Musk responded by agreeing with the statements and skewered the entire American political establishment: “All true. Bet most people still don’t know that a Clinton campaign lawyer, using campaign funds, created an elaborate hoax about Trump and Russia. Makes you wonder what else is fake.”

An anonymous user commented, “Elon out for blood now. Love to see it,” to which Musk replied “I am indeed out for blood.”

Elon torching the liberal establishment is no surprise considering he disavowed them and proclaimed he would vote Republican in an upcoming election.

“In the past I voted Democrat, because they were (mostly) the kindness party,” wrote Musk in a tweet. “But they have become the party of division & hate, so I can no longer support them and will vote Republican. Now, watch their dirty tricks campaign against me unfold.”

In a following tweet he quipped that he was correct in labeling the American left as being more hateful: “Judging by the relentless hatestream from the far left, this tweet was spot on.”

Musk reportedly secured a massive fortune in commitments from investment groups to buy Twitter from its liberal leadership, a new twist in Musk’s hostile takeover bid. The Twitter board may now have 46.5 billion reasons to consider a potential offer from Musk.

He restated his support for free speech by proclaiming in a tweet: “Free speech is essential to a functioning democracy.” He shared a poll to his followers in the same tweet: “Do you believe Twitter rigorously adheres to this principle?” An overwhelming majority 70.4 percent of users who responded to Musk’s poll answered: “No.”