Billionaire and free speech defender Elon Musk reportedly secured a massive fortune in commitments from investment groups to buy Twitter from its liberal leadership, a new twist in Musk’s hostile takeover bid. The Twitter board may now have 46.5 billion reasons to consider a potential offer from Musk.

An SEC filing signed by Musk April 20 revealed that he secured financing to potentially acquire Twitter: "To finance the Proposed Transaction or a Potential Offer, entities related to the Reporting Person have received commitment letters committing to provide an aggregate of approximately $46.5 billion." Commentator Trish Regan reacted to the announcement on Twitter: “BREAKING: @ElonMusk ups the stakes — says he has commitment letters and funding lined up to now purchase Twitter for **$46.5** Billion.” She later added that “[t]his is increasingly going to be hard for [the] board to turn down.” She also noted that Musk received assistance from “a group of banks led by Morgan Stanley,” warning, “Translation: THIS GUY IS SERIOUS.”

CNBC summarized the nature of the updated SEC filing in an April 21 piece: “Musk said that given the lack of response from Twitter’s board, he is now exploring a tender offer to purchase some or all shares of the company directly from its shareholders.” The outlet also observed that“Musk has secured about $25.5 billion in debt financing through Morgan Stanley Senior funding and other firms.” The firms included: “Bank of America, Barclays, MUFG, Societe Generale, Mizuho Bank and BNP Paribas.” 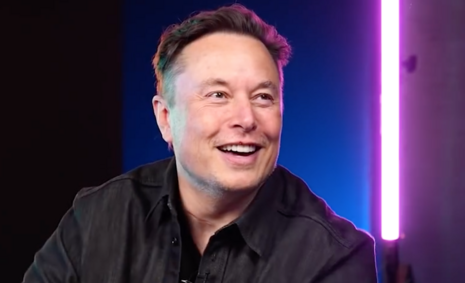 In short, Musk secured funding from major sources to overhaul Twitter in the name of free speech.

Columbia Business School professor Donna Hitscherich reportedly explained to The Washington Post that Musk’s move “‘signals an increasing level of seriousness.’” She added that “‘You’re ratcheting up the resolve with the hopes that at one point the other side will come to the table.’”

Some outlets predicted that Musk would make a second attempt at conquering Twitter through a coalition of investors rather than as an individual. “Elon Musk is speaking to investors who could partner with him on a bid for Twitter,” according to the New York Post (NY Post) April 15. “One possibility, the sources said: teaming with private-equity firm Silver Lake Partners, which was planning to co-invest with him in 2018 when he was considering taking Tesla private.” The NY Post then noted that “Silver Lake’s Co-CEO Egon Durban is a Twitter board member” who “led Musk’s deal team during the 2018 failed effort to take Tesla private.”

The NY Post also noted that Musk would be relying heavily on allied financial powers to carry his multibillion-dollar dreams of a Twitter takeover to fruition:

“Nevertheless, it’s mainly outside financing that will carry the bid for Musk, who has tapped Morgan Stanley to raise another $10 billion in debt against Twitter in the manner of a traditional leveraged buyout, the sources said.”