Governor Greg Abbott (R-TX) signed a bill into law that will protect Texans from being censored for merely expressing their opinions online.

Texas may just be one of the freest places in America to speak online after its governor signed a critical bill. “Governor Greg Abbott today signed House Bill 20 into law, which protects Texans from wrongful censorship on social media platforms,” a September 9 press release from the Office of the Texas Governor explained. “House Bill 20 prevents social media companies with more than 50 million monthly users banning users simply based on their political viewpoints,” the press release illustrated. “These sites must disclose their content management and moderation policies and implement a complaint and appeals process for content they remove, providing a reason for the removal and a review of their decision.” 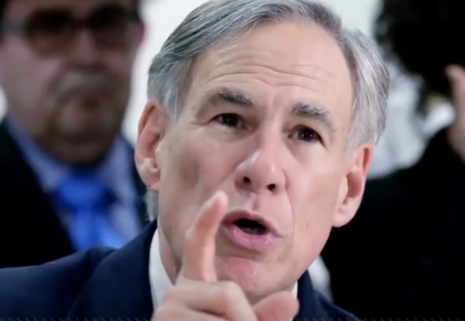 Abbott proclaimed, according to the press release: "‘We will always defend the freedom of speech in Texas, which is why I am proud to sign House Bill 20 into law to protect first amendment rights in the Lone Star State.’"

He then explained the reasoning behind the legislation and why it is to crucial for modern American life:

Social media websites have become our modern-day public square. They are a place for healthy public debate where information should be able to flow freely — but there is a dangerous movement by social media companies to silence conservative viewpoints and ideas. That is wrong, and we will not allow it in Texas. I thank Senator Bryan Hughes, Representative Briscoe Cain, and the Texas Legislature for ensuring that House Bill 20 reached my desk during the second special session.

Detroit Free Press claimed that Big Tech and its supporters are already gearing up to oppose the bill: “Facebook, Google's YouTube and Twitter will fight a new Texas law cracking down on social media companies for allegedly censoring conservative speech and former President Donald Trump.” The article also recounted that: “Texas House Democrats warned during a recent hearing that the new law would stop social media companies from taking down harmful content. They offered amendments that would have allowed the removal of posts promoting Holocaust denial, terrorism and vaccine disinformation but were defeated.”

Abbott is not alone in attempting to rein in Big Tech.

Florida Governor Ron DeSantis (R) implemented similar legislation in his state, but it was temporarily stopped: “[A] federal judge temporarily blocked the new law after NetChoice and the Computer & Communications Industry Association – trade groups that represent Facebook, Google and other tech companies – sued.” However, “DeSantis is appealing.” Netchoice ridiculously argued in the lawsuit that a law that protects the free speech rights of individuals online is in violation of the First Amendment.