Podcast host Joe Rogan made a lucrative deal to move his podcast to Spotify, but the real price appears to be his reported loss of influence. Liberals have recently expressed apparent joy over the possibility that fewer people may be listening to his podcast. 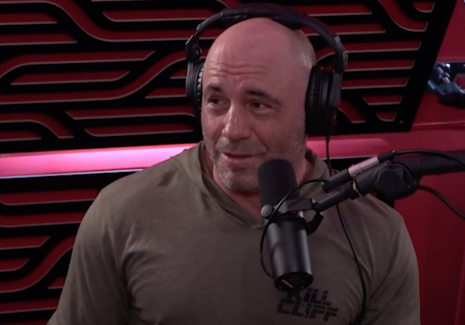 The Verge Senior Reporter Ashley Carman suggested that exclusively moving The Joe Rogan Experience podcast to the Spotify platform has come at the cost of his reach online.

In a late August blog headlined, “Joe Rogan, confined to Spotify, is losing influence,” she explained that a “data investigation by The Verge finds that the powerful podcaster’s influence has waned since he went behind Spotify’s wall. His show has declined as a hype vehicle for guests, and Rogan’s presence as a mainstay in the news has plummeted.”

Carman gave Rogan due credit: “He’s hosted legitimate politicians like Bernie Sanders and wannabes like Kanye West, smoked a joint with Elon Musk, and schmoozed with huge celebrities like Dave Chappelle and Miley Cyrus. With a self-asserted reach of more than 200 million monthly downloads in 2019, Rogan is one of the biggest — if not the biggest — podcaster in the world.”

Truly, Rogan is both wildly popular and politically unorthodox, far too masculine and free thinking for many liberals. An op-ed, “Joe Rogan Is the New Mainstream Media,” in The New York Times illuminated Rogan’s appeal:

“While GQ puts Pharrell gowned in a yellow sleeping bag on the cover of its ‘new masculinity’ issue (introduced by the editor explaining that the men’s magazine ‘isn’t really trying to be exclusively for or about men at all’), Joe Rogan swings kettlebells and bow-hunts elk.”

Liberal commentators appeared to express joy at the loss of influence for Rogan in the public square. A Deputy Editor at The Verge, Dan Seifert, proclaimed via Twitter, “i, for one, thank spotify for getting fewer people to listen to joe rogan.” Daily Kos Founder and Publisher Markos Moulitsas similarly commented, “This can be filed under ‘good news.’"

The Verge reportedly used advanced methods to investigate the reach of the Rogan podcast since moving to Spotify exclusively: “Because Spotify doesn’t share how many plays each podcast gets, or how many unique listeners regularly tune in, we looked instead at a secondary metric: how much of a promotional boost Rogan gives his guests.”

“We found that prior to going exclusive, from December 2019 to November 2020, Rogan’s guests could expect to gain around 4,000 Twitter followers in the week after their episode premiered. After he went exclusive, that number declined by half to around 2,000, suggesting a drop in listeners.”

Conservatives are under attack. Contact your local representative and demand that Big Tech mirror the First Amendment while providing transparency and equal footing for conservatives. If you have been censored, contact us using CensorTrack’s contact form, and help us hold Big Tech accountable.