Senator Josh Hawley (R-MO) torched the Biden administration's push to spy on the text messages of U.S. citizens during an episode of “Fox News Primetime.”

Hawley raked the Biden administration over the coals for seeming to imitate Chinese Communist Party tactics in a July interview with Fox News host Pete Hegseth. “It sounds like something out of Beijing. I mean, we know that the Communist Chinese Party has built this surveillance state, and now it sounds like Joe Biden wants to bring that to the United States of America,” Hawley observed. He continued: “I mean, what's going to happen next? Are they going to take away our phones? Are they going to tell Verizon or AT&T or whomever to shut down people's cell service if they text things that the government doesn't like?” 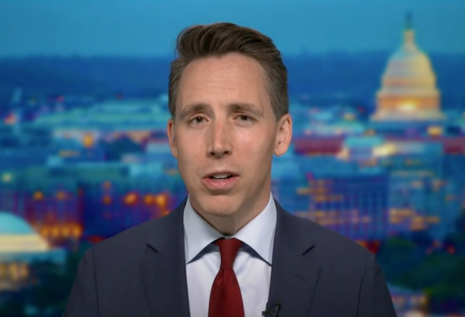 Hawley expressed one grim concern about the government leaning on private companies in order to spy on citizens in ways that are not legal for the government to do directly:

“Here's what worries me though, Pete, is pressuring the phone companies, pressuring Verizon and AT&T and whomever else to voluntarily, quote-unquote, comply and tell them, tell the government, what we're texting, what we're, what we’re saying on our private messages. That's the real danger here. It's this big government, big corporation alliance. That's what we've got to be wary of. And we've got to say, come on, I mean, let's stand up for free speech in this country.”

The blurring lines between Big Tech and Big Government has become a sinister hallmark of the Biden era: “The Biden administration is considering using outside firms to track extremist chatter by Americans online, an effort that would expand the government's ability to gather intelligence but could draw criticism over surveillance of US citizens,” CNN explained May 3. “The Department of Homeland Security [DHS] is limited in how it can monitor citizens online without justification.”

But government officials are reportedly seeking a means of working around the rules. There is a proposed plan, “according to multiple sources,” that would, “in effect, allow the department to circumvent those limits” by “using outside entities,” CNN explained.

The DHS is not the first major federal governmental institution under the Biden administration that has sparked concern among the American populace.

Conservatives are under attack. Contact your representatives and urge them to investigate the expansion of government power. If you have been censored, contact us using CensorTrack’s contact form, and help us hold Big Tech accountable.