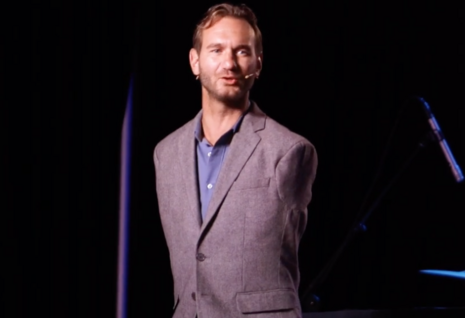 Americans have been censored by Big Tech companies and financially hampered by big banks for having conservative values. Now outspoken Christian and founder and CEO of Life Without Limbs (LWL) Nick Vujicic has stepped up to fight back against cancel culture and created his own bank.

Vujicic successfully founded LWL “to saturate the world with the Gospel and unite the body of Christ,” according to his organization's website. And now he has used his resources to help launch a bank. He “became a co-founder of a pro-life bank after he was kicked out of his bank, a false article was published about him, and a grenade was thrown into his house,” The Epoch Times reported.

“‘I got kicked out of a bank, with no warning, it froze my credit cards, froze my debit cards … they did a review of me as a client and they don’t want anything to do with me,’” Vujicic reportedly explained in a recent interview on EpochTV’s “Crossroads” program.

Vujicic explained that he had learned from the co-founder of his pro-life bank that “most banks give philanthropically under social responsibility to give to causes that provide [to] the biggest abortion clinics in America.”

Meanwhile, his bank, ProLifeBank, will be a way for Christians and conservatives to truly vote with their wallets. It will be a religious for-profit entity that will not fund abortion, according to The Epoch Times. On the other hand, he proclaimed: “‘But we will actually fund 50 percent net profits to Judeo-Christian line nonprofit organizations that are biblically aligned and doing the will of God, according to our belief systems.’”

The Epoch Times included grim speculation as to why banks would come after a human rights advocate like Vujicic:

“Vujicic attributed the refusal to provide services to certain individuals by private industries to new standards in business management called Environmental, Social, and Governance considerations (ESG). A person may be evaluated based on whether he or she goes along with the business’s nonprofit causes or is environmentally friendly, Vujicic said.”

Vujicic is not the only conservative trying to solve the issue of woke corporations financially blacklisting conservatives. Conservative radio host Dan Bongino launched a payment processor called AlignPay. The platform’s website explained that it is a “new payment processing solution that’s built for freedom and driven by the time-tested American conviction that everyone – no matter their race, religion, gender, or ideology – has the right to pursue happiness and live the American dream.”