Journalist and New York Times bestselling author Andy Ngo is famous for putting himself at risk reporting on the front lines of America’s culture war. Now one of the internet’s most popular platforms for listening to music and podcasts has allegedly purged his content.

Censoring journalists is a great way to tell the world the platform is a leftist hellhole. “SoundCloud has de-platformed journalist Andy Ngo's podcast ‘on the grounds of being dedicated to violating’ the site's rules,” Ngo’s outlet The Post Millennial reported on Monday. “However, the latest episode of the podcast was uploaded more than one year ago and there was no option in the notification email for Ngo to appeal or even seek further information.” 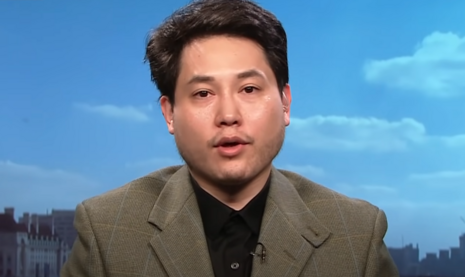 SoundCloud's “Trust & Safety Team” reportedly informed Ngo via email that his podcast, “Things You Should Ngo,” was purged for “violating” the site's Terms of Use and Community Guidelines.

The Post Millennial recounted that SoundCloud’s reasoning for the permanent ban was “vague and did not specify an exact reason.” The email reportedly included a statement: “We take the security of our community very seriously. We hope that you can understand that SoundCloud is a place for people to share content which respects our Terms of Use and Community Guidelines.”

Ngo released a statement via his Twitter account claiming that “@SoundCloud has permanently banned me & my podcast @YouShouldNgo. In an email, it says I violated its community guidelines without naming the alleged offending content. Guests have included @RubinReport, @DouglasKMurray & @jordanbpeterson.”

He followed up by suggesting his ban is part of a far larger plague of Big Tech censorship: “Big Tech is not nonpartisan nor neutral. Being permanently suspended from @SoundCloud without knowing why or even having an opportunity to appeal is how it is now.”

Ngo has worked on the front lines to report and expose the growing tyranny of the far left.. Even The Washington Post has called out the Portland-based Rose City Antifa for reportedly assaulting Ngo. The Post featured a photo captioned: “Unidentified Rose City Antifa members beat up Andy Ngo, an independent journalist.” Ngo’s New York Times bestseller book Unmasked: Inside Antifa's Radical Plan to Destroy Democracy “details Antifa's organizational efforts and patterns of violence, most notably in Portland and Seattle.”

SoundCloud did not respond to inquiry from MRC Free Speech America to confirm Ngo’s alleged ban or what content of his was deemed objectionable.

Conservatives are under attack. Contact SoundCloud via press@soundcloud.com and demand that Big Tech mirror the First Amendment. If you have been censored, contact us at the Media Research Center contact form, and help us hold Big Tech accountable.