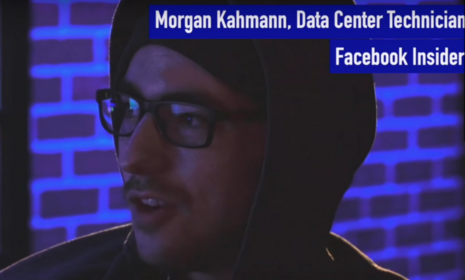 Reported Facebook insider Morgan Kahmann said he was fired from the platform after he exposed its “Vaccine Hesitancy” algorithm. However, Kahmann raised money for his family using Christian crowdfunding platform GiveSendGo in response.

Kahmann made his stand by sacrificing his career, and his supporters made their own stand by offering money to support his growing family. “Zuckerberg publicly boasted about finding the source of the leak in this case, being Facebook whistleblower Morgan Kahmann, and firing the young father,” The Post Millennial reported. “The fundraising effort that started afterward, from Christian crowdfunding site GiveSendGo, was a success. Kahmann raised over $500,000 for his family to live off of, including his wife who is seven months pregnant and two-year-old son.” The fundraiser met its goal thanks to generous contributions from donors around the world.

Kahmann expressed gratitude for the “flood of donations, prayers and distribution of my story in the past weeks” after he took a massive financial risk:

“My wife and I were uncertain when all this began, we were afraid of where this may take us, and how we could maintain stability for our family. Those worries have been taken care of by like-minded people donating to my fundraiser from around the globe. My family and I now have the resources to secure stability for ourselves, and we look forward to spreading this message of hope and providence."

Kahmann went public in an interview with Project Veritas to reportedly expose Facebook’s system to crack down on COVID vaccine criticism. “One of two Facebook Insiders featured in Project Veritas’ recent #ExposeFacebook series that revealed the company’s censorship of vaccine concerns on a global scale has officially come out of the shadows,” guerilla journalism outlet Project Veritas reported May 27.

In the interview with Project Veritas founder James O'Keefe, Kahmann explained: "Facebook uses classifiers in their algorithms to determine certain content to be what they call ‘vaccine hesitant,’ or they call it ‘vaccine hesitancy.’ And without the user's knowledge, they assign a score to these comments that's called a ‘VH Score,' ‘Vaccine Hesitancy Score.’ And based on that score, will demote or leave the comment alone, depending on the content within the comment."

Kahmann said that he knew that coming forward meant taking an incredible risk.

Kahmann explained: “I think that the main reason why people don’t want to come out [as whistleblowers] -- because what if I, you know, I have two kids, I have my wife, and if I lose my job, it’s like ‘what do I do?’ But that’s less of a concern to me.”