Conservative leaders and free speech advocates torched Facebook’s Oversight Board for its decision on former President Donald Trump’s Facebook account. The Board upheld the deplatforming of Trump — for now.

Conservatives did not mince their words in slamming the notoriously liberal Board and Facebook for compromising America’s sacred freedom of speech and at least temporarily upholding the indefinite ban. Media Research Center Founder and President L. Brent Bozell suggested that the ruling could be Facebook’s first foray into meddling with the 2024 Election. Senator Ted Cruz summarized the ruling as “disgraceful.” Turning Point USA Founder and CEO Charlie Kirk suggested, “This is a big tech, corporate oligarchy without standing and it’s gone too far.” 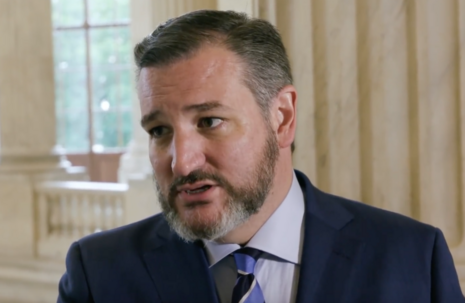 Bozell painted a grim picture by suggesting that upholding the Trump ban foreshadowed more election meddling, this time for the 2024 election:

“Another win for censorship and the suppression of dissenting voices, and a loss for free speech. Facebook also gets its first opportunity to interfere with the 2024 election.”

Conservative Partner Institute Senior Director of Policy and Free Speech Alliance member Rachel Bovard tweeted that the board’s ruling makes America’s grim circumstances abundantly clear: “Facebook's bans are completely arbitrary and also that the platform thinks it has the moral responsibility to ban world leaders from its platform if, in Facebook's determination, the political situation requires it.” Bovard illustrated that the situation is dire when she followed that tweet by explaining: “If you needed any more evidence that Facebook sees itself as more powerful than world governments, here you have it.”

“Disgraceful. For every liberal celebrating Trump’s social media ban, if the Big Tech oligarchs can muzzle the former President, what’s to stop them from silencing you?” Sen. Ted Cruz (R-TX) asked in a May 5 tweet.

Kirk suggested that the United States Supreme Court should “overturn the Facebook’s ‘Oversight Board’s’ ‘ruling’ which upholds the outlawing of the 45th President of the United States from social media.” Kirk then proclaimed: “This is a big tech, corporate oligarchy without standing and it’s gone too far. Enough is enough.”

“Here’s a real life example of the tyranny of #BigTech,” Sen. Josh Hawley (R-MO) tweeted in response to the board’s ruling. “[A] fake @Facebook court decides @Facebook can do whatever @Facebook wants, in this case, suspending Donald Trump w/o process or standards. That’s what monopolies do. Break them up.”

Facebook had suspended then-President Trump indefinitely, even as he called for peace amidst the U.S. Capitol riot on Jan. 6. Trump assured his supporters, “I know your pain. I know your hurt,” but told them “you have to go home now. We have to have peace.” President Trump also said he agreed the election was “fraudulent,” but warned, “we can’t play into the hands of these people.” Zuckerberg declared on Jan. 7 that blocking Trump’s accounts on Facebook and Instagram would be extended indefinitely, as “We believe the risks of allowing the President to continue to use our service during this period are simply too great.”