Brand, a famous liberal free thinker, torched the idea that Western Civilization can thrive without personal freedom. He suggested that the flaw of modern progressivism was that it failed to observe “something that I can plainly see before my eyes, that big corporations and state power are collaborating in order to conserve power.” Brand then specified that, particularly in “Anglophonic countries” like the United States and the United Kingdom,  “people are becoming less and less able to exercise agency in ordinary life.” 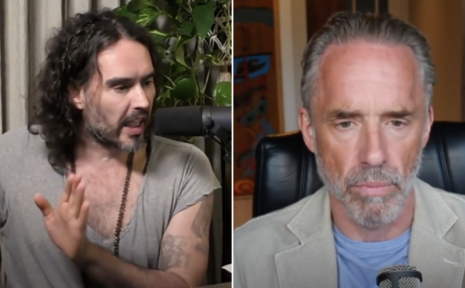 Brand skewered the political and Big Tech establishment for using the COVID-19 crisis to invade the lives of ordinary people:

I think the pandemic is, you know, or whether, you know, most people would say necessarily, has brought about a lot of legislation that's not been through due democratic process. I feel that it allowed Big Tech to have more access to people’s data, and I personally query the objectives of, uhh, like some of these, [indiscernible], almost insurmountable large corporations, particularly when they have governments that are quick to placate them and operate primarily in their service.

Brand explained his concern with modern “progressivism” as corporations have famously gone woke in order to adapt to social change while maintaining profits. Brand illustrated that progressivism has been “used to underwrite a kind of intransigence around power, and I think it’s used as a panacea to dissolve the voices of discontented people.”

The critical role that Big Tech platforms serve in shaping public life was brought up again later in the interview. Peterson observed that access to social media, particularly YouTube, was so revolutionary in comparison to network television of the past:

“I think one of the reasons that YouTube conversations like this have become so powerful is because you can actually have those discussions. You know what we’re doing is so different than network TV. It’s so different, it's so revolutionary”

Peterson relayed an observation from a reporter he once spoke with that the appeal of YouTube was that “the conversations just follow this unpredictable thread forward, and it’s so interesting to watch them.”

Far-left college professors have voiced outrage over the fact Peterson and other popular YouTuber commentators encourage students to question liberal orthodoxies and think for themselves.