Former President Donald Trump has declared institutional independence by starting his own platform! Both Trump and his adviser Jason Miller have given hints about Trump’s upcoming platform in recent days.

Trump’s grand re-entry to social media will be with his own platform, and it may occur within the next few months. “I’m doing things having to do with putting our own platform out there that you’ll be hearing about soon,” Trump explained to Fox News contributor Lisa Boothe in the debut episode of her “The Truth” podcast on March 22. Trump’s adviser Jason Miller also made an announcement during a Fox News interview that delivered on Trump’s hints: “I do think that we’re gonna see President Trump returning to social media, in probably about two or three months here, with his own platform.” 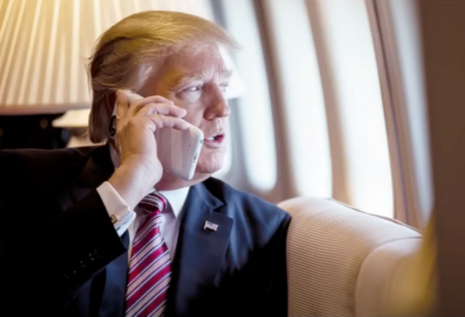 Miller elaborated that the new Trump platform will be a game changer for the internet:

“[T]his is something that I think will be the hottest ticket in social media. It’s going to completely redefine the game, and everybody is going to be waiting and watching to see what exactly President Trump does. But it will be his own platform.”

Trump hinted earlier this year that he was deliberating whether to join an existing platform or start his own.

Miller explained to Breitbart News in a Feb. 6 interview on SiriusXM’s 125 the Patriot Channel that Trump was debating multiple options for his grand re-entry to social media. “We’re just kind of figuring out which avenue makes the most sense,” Miller illustrated, noting that Trump’s return to the arena of social media could take many forms:

Trump has good reason to declare institutional independence after his social media presence was purged in January.

Multiple Big Tech platforms cracked down on Trump’s account following then-president Trump's call for peace amid political unrest in D.C., which saw rioters storm the U.S. Capitol building Jan. 6. The crackdown on a sitting president and his supporters was so severe that even foreign world leaders ranging from Mexico to members of the European Union condemned Big Tech in the following days.