Twitter has shown its hand again. The leftist platform has reportedly banned guerilla journalism outlet Project Veritas permanently for exposing the comments and personal information of an executive from Facebook.

“Twitter confirms to me it's permanently banned Project Veritas (and temporarily locked James O'Keefe's account) for what the platform says is repeated violations of the company's anti-doxxing policies,” CNN Tech reporter Brian Fung tweeted on Thursday.

After years of enabling leaks about former President Donald Trump’s administration, such as leaked audio of former First Lady Melania Trump, to go viral, Twitter has decided to crack down on Project Veritas and its founder James O’Keefe. “Twitter has just LOCKED DOWN James O’Keefe’s and the Project Veritas account for reporting on Facebook VP Guy Rosen and his statements that Facebook ‘freezes’ comments in places that algorithms think there ‘may be’ hate speech,” Project Veritas reported on its Facebook page. 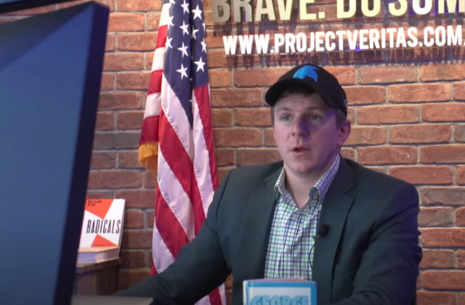 According to screenshots posted on the verified Telegram account belonging to Project Veritas, O’Keefe had raked Facebook leadership over the coals for shady censorship:

INTEGRITY ALERT: @Facebook Vice President @guyro REFUSES to comment when confronted by @Project_Veritas Senior Journalist Christian Hartsock
Remember that Rosen admitted on a leaked tape that FB has "a system that is able to FREEZE commenting" on posts where hate speech "may be."

The post by Project Veritas was alongside footage that included what appears to be Rosen’s address number. “Project Veritas does not share Rosen’s street name, city, state, or zip code,” The Daily Caller noted. “Sharing someone’s private information online without their permission, sometimes called doxxing, is a breach of their privacy and of the Twitter Rules,” according to Twitter’s “Private information policy.”

Project Veritas Media Relations Manager Mario Balaban commented to The Daily Caller that neither Facebook nor Instagram have retaliated against O’Keefe or Project Veritas. “It’s pretty outrageous that Twitter has done this for a harmless video. It shows that Twitter and Facebook are teaming up to censor content that Americans deserve to see,” Balaban said, according to The Daily Caller.

The doxxed Washington Free Beacon writer explained that when he contacted Hannah-Jones, “She responded by posting this reporter’s inquiry, including his cell phone number, on Twitter, in direct violation of the website’s terms of service.” Washington Free Beacon Editors noted that “The number was up for two days, and Hannah-Jones spent them mocking Sibarium and trading jokes about her behavior with ehr allies on social media.”