YouTube has long past been done pretending to be neutral. But now the internet’s biggest video platform has proclaimed that there will be no questioning of the 2020 election going forward.

“Adios free speech. The bannings are coming,” Rubin Report talk show host and comedian Dave Rubin warned in a Dec. 9 tweet. “Starting today they will remove content about election fraud...even though there are court cases about election fraud going through the system at this very moment.” 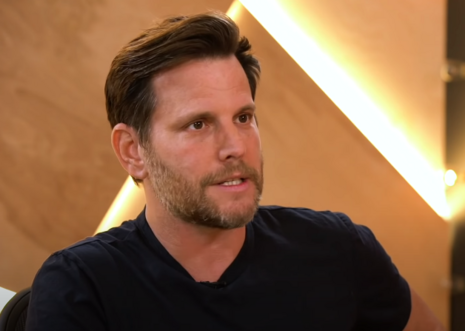 YouTube had reportedly emailed prominent YouTubers regarding the platform’s new policy updates pertaining to the 2020 presidential election. YouTube proclaimed in a Dec 9 blog post: “[W]e will start removing any piece of content uploaded today (or anytime after) that misleads people by alleging that widespread fraud or errors changed the outcome of the 2020 U.S. Presidential election, in line with our approach towards historical U.S. Presidential elections.” The same blog illustrated further: “For example, we will remove videos claiming that a Presidential candidate won the election due to widespread software glitches or counting errors. We will begin enforcing this policy today, and will ramp up in the weeks to come.”

Rubin condemned YouTube’s new election info policy as “an extraordinary escalation in the free speech war.” He speculated further that the “[m]ainstream will ignore as will the few remaining ‘free speech liberals’ so they won’t be [thought] of as scary Trump supporters,” and he warned: “Time is running out.”

One America News Network reporter Jack Posobiec also commented in response to YouTube’s policy update: “YouTube's reasoning for the new policy is essentially 'you are not allowed to criticize the government.'”

“On Monday, cable outlet One America News Network posted two videos to its YouTube account titled ‘Trump won,’” Bloomberg reported. The article went on to suggest that these videos are “falsely” claiming that “U.S. President Donald Trump was re-elected and that the vote was marred by fraud.” Bloombeg’s objection was that YouTube merely “added a label noting that the Associated Press called the election for Joe Biden” rather than “block[ing] or remov[ing] the content.”

OAN produced two videos from Bobb on Nov. 9 using the phrase “Trump won” in the title. Each discussed ballot problems ranging from accusing Democrats of making a play to “steal the presidency” via ballot fraud to claiming news organizations called election results early to “breathe life into the Biden campaign.”

Conservatives are under attack. Contact YouTube at (650) 623-4000, Facebook, Twitter or by mail 1600 Amphitheatre Pkwy Mountain View, CA, 94043 and demand that Big Tech be held to account to mirror the First Amendment while providing transparency, clarity on “hate speech” and equal footing for conservatives. If you have been censored, contact us at the Media Research Center contact form, and help us hold Big Tech accountable.