Twitter Safety is rolling out new dystopian policies to regulate the speech of its users.

Big Tech wants Americans to exchange their freedoms for false guarantees of “safety.” “Today, we’re expanding our hateful conduct policy to address language that dehumanizes people on the basis of race, ethnicity, or national origin,” the official Twitter Safety account declared in a Dec. 2 thread. Twitter justified these changes by claiming: “Research shows that dehumanizing speech can lead to real-world harm, and we want to ensure that more people—globally—are protected.”

Twitter Safety included a link to Twitter’s “Updating our rules against hateful conduct” blog. The blog described a variety of ways Twitter will crush rhetoric its moderators find offensive:

“We will require Tweets like those below to be removed from Twitter when they are reported to us. We will also continue to surface potentially violative content through proactive detection and automation. If an account repeatedly breaks the Twitter Rules, we may temporarily lock or suspend the account; more on our range of enforcement options here.” 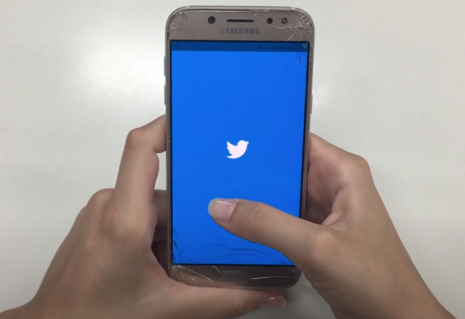 Twitter is being pushed to become more and more censorious by a coalition of far-left groups, as Twitter Safety acknowledged: “To help keep more people safe, we’ll continue our work with global third-party experts to further expand this policy, and update you along the way.”

“The Council is composed of several advisory groups, each focused on issues that are critical to the health of the public conversation,” Twitter’s Trust and Safety council page explained. Among its Online Safety and Harassment advisory groups are infamous far-left activist organizations such as the Anti-Defamation League (ADL) and others.

ADL CEO Jonathan Greenblatt infamously spoke at a Feb. 26, 2019 panel hosted by the Council on Foreign Relations. Greenblatt announced that he has worked with Big Tech companies like Google, YouTube and Facebook in order to restrict what people are allowed to say online. He emphasized his goal was to protect user’s rights “to not be harassed or hated.”

Greenblatt has cited phrases like “caravan” and “open borders,” as “literally white supremacist phrases that have worked their way through the system.”

He also has smeared online conservatives as being “anti-Semitic” for their criticism of liberal billionaire George Soros. He claimed “George Soros is patient zero for the anti-Semites.”

Another organization which is serving to advise Twitter, is Gay & Lesbian Alliance Against Defamation (GLAAD). GLAAD was reportedly outraged with Politico for referring to a gentle exchange between Democratic presidential primary candidates Mayor Pete Buttigieg (D-IN) and Sen. Elizabeth Warren (D-MA) as a “pillow fight.” Politico recounted its rebuke in its post-debate morning round-up: “GLAAD sent us a note yesterday about Playbook PM, noting that our use of ‘pillow fight’ when describing a fight between Pete Buttigieg and Elizabeth Warren may have offended people.”

Absurd as this may seem to some, GLAAD unfortunately has a significant track record of making massive companies from Hallmark to Chick-fil-A bend the knee to their ideology.

Conservatives are under attack. Contact Twitter: (415) 222-9670, Facebook, Twitter or mail to 1355 Market Street Suite 900 and demand that Big Tech be held to account to mirror the First Amendment while providing transparency, clarity on “hate speech” and equal footing for conservatives. If you have been censored, contact us at the Media Research Center contact form, and help us hold Big Tech accountable