Facebook CEO Mark Zuckerberg claims that Facebook will censor less after the election and that somehow his censorship has been well-intentioned to stop unrest, despite a massive history of hypocrisy.

“In a companywide meeting, Facebook’s CEO said recent content rules banning hate and conspiracy content were implemented because of the US presidential election and that a wide margin of victory for either candidate could prevent violence following the vote,” Buzzfeed reported October 20. Facebook’s recent crackdowns on The New York Post, while allowing far-left rioters and doxxers to run hog wild, casts a dark shadow on its leadership’s claims of good faith.

Zuckerberg illuminated how “Once we’re past these events, and we’ve resolved them peacefully, I wouldn’t expect that we continue to adopt a lot more policies that are restricting of a lot more content,” during a conference call recording that was reportedly obtained by BuzzFeed News. Buzzfeed illustrated how Zuckerberg is purging speech, even as he claimed this wave of censorship is done with the best intentions. 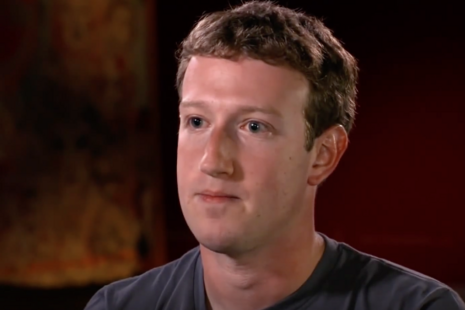 Facebook’s recent history of double-standards, however, makes any statements about good intentions difficult to believe.

Buzzfeed made careful note that Zuckerberg had “mostly avoided discussion of the company’s decision to limit the spread of an unconfirmed New York Post story about Joe Biden’s son Hunter Biden, suggesting instead it has been part of ‘a big misinformation dump.’”

In a shocking revelation released by the Post on Oct. 14, purported emails from Democratic presidential candidate Joe Biden’s son Hunter reportedly exposed the alleged nefarious dealings of both father and son in the East-European state of Ukraine. The story claimed emails were found from a Ukrainian executive Vadym Pozharskyi, an adviser to the board of Burisma, thanking Hunter Biden for the opportunity to meet his father, former Vice President Joe Biden, in Washington D.C.

“The basic answer is that this does not reflect a shift in our underlying philosophy or strong support of free expression,” Zuckerberg reportedly said. “What it reflects is, in our view, an increased risk of violence and unrest, especially around the elections, and an increased risk of physical harm, especially around the time when we expect COVID vaccines to be approved over the coming months.”

Facebook’s lack of action on Antifa and far-left doxxing groups, however, make these claims laughable.

As Facebook has expanded its own censorship policies to crack down on conspiracy theorists, it has allowed the far-left, including militia and reportedly violent groups like Antifa. One group even doxxed and harassed a sitting senator at his purported home.

Fox News warned in a report yesterday that “Shut Down D.C.” is “setting the stage for mass gatherings in D.C.,” amid the election. Fox news added that Shut Down DC, according to the Federalist, is reportedly calling for “potentially blockading the White House, blocking traffic, shutting down government office buildings and even Amazon fulfillment centers.”

The organization is currently active on Facebook with over 3170 followers.