Candace Owens Accuses Facebook of Censoring Her for Criticizing Harris

Owens accused Facebook of “censoring” information about Harris in an August 13 tweet and added that the platform has “demonetized my page for ‘spreading false information about how @KamalaHarris represents her race’.” Owens declared in no uncertain terms that Harris “ran as an INDIAN-AMERICAN” and suggested that Facebook’s censorship of this information is “ELECTION INTERFERENCE.” Facebook has since placed an interstitial, or filter, over her post, and linked to a fact-check by the Associated Press. 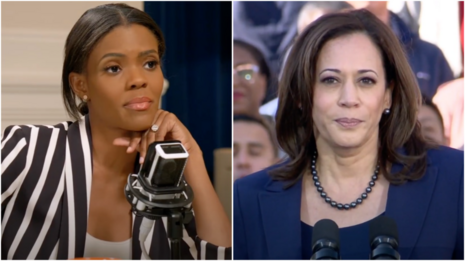 Owens’s tweet linked to US House candidate Errol Webber’s post which claimed: “Kamala Harris campaigned for the Senate as an Indian-American and now will run for VP as an African-American.” The same tweet went on to ask: “Perhaps when she runs for President she can pick yet another race?”

Owens’s post, which has been censored on Facebook, had a “False Information” interstitial, or filter, which linked to an AP News fact-check. Her post exclaimed that “I am SO EXCITED that we get to watch Kamala Harris, who swore into congress as an ‘Indian-American’, now play the ‘I’m a black a woman’ card all the way until November. Fun times ahead!”

“Facebook is ONCE AGAIN trying to interfere with US elections by censoring TRUE information about Democratic candidates. Yesterday I posted that Kamala Harris was sworn into the senate as an Indian-American and applauded for being the first Indian American to serve in the senate. In fact, Kamala Harris also campaigned for the senate as an Indian-American. Facebook “independent fact-checkers”, without supplying any verifiable proof,— have marked this information as “FALSE” and are censoring it from their platform. They have also demonetized this page. SPREAD THIS INFORMATION FAR AND WIDE. Because it is the TRUTH.”