People of common sense may be seeing red when they hear the latest words the PC police might cancel. Even the term “blacklist” is getting, well, blacklisted. 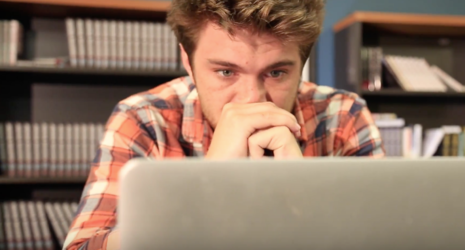 An account claiming to be an angel investor and Breaker podcast app Co-founder Leah Culver proclaimed, “I refuse to use ‘whitelist’/’blacklist’ or ‘master’/’slave’ terminology for computers,” in a June 5 tweet. She then called upon the internet to follow in her footsteps: “Join me. Words matter.”

A whitelist or white list is defined by Merriam-Webster as “a list of approved or favored items.” A blacklist, by contrast, is a “a list of banned or excluded things of disreputable character.”

Vice News explained that the “master” vs. “slave” dichotomy in programming describes the relationship when “components that have total control over other components or are controlled by a component, respectively.”

An account named Filippo Valsorda, a Google cryptographer, wrote a similar call to action in a post titled “all: replace usages of whitelist/blacklist and master/slave” on a forum for coders called “Go”:

“There's been plenty of discussion on the usage of these terms in tech. I'm not trying to have yet another debate. It's clear that there are people who are hurt by them and who are made to feel unwelcome by their use due not to technical reasons but to their historical and social context. That's simply enough reason to replace them

“Anyway, allowlist and blocklist are more self-explanatory than whitelist and blacklist, so this change has negative cost.

“Didn't change vendored, bundled, and minified files. Nearly all changes are tests or comments, with a couple renames in cmd/link and cmd/oldlink which are extremely safe. This should be fine to land during the freeze without even asking for an exception.”