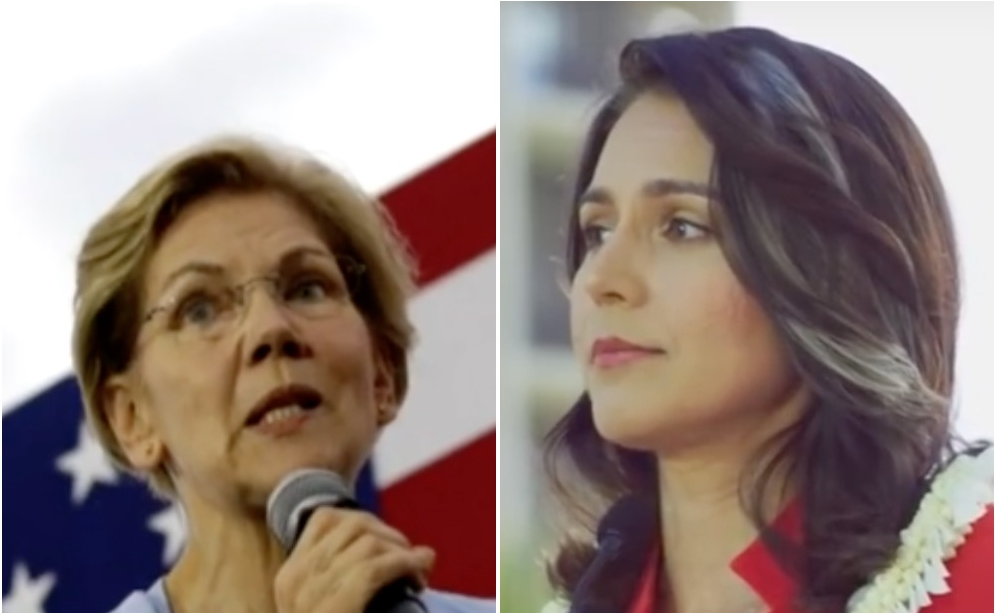 Strange political times make for unexpected allies as Democratic primary candidates defend Trump’s right to have a platform on Twitter.

Gabbard told Fox News that she “will stand up for every American’s right and freedom of speech, no matter how strongly I may disagree with that speech.” She added that “[t]his freedom is the First Amendment of the Constitution for a reason and I will do all I can to stand up for it.”

According to the same article from Fox News, Senator Elizabeth Warren of Massachusetts merely chuckled and replied "no" when asked by news reporters if she thought the Republican president should be suspended from Twitter.

Harris had tweeted on Monday that “Trump has again shown he is irresponsible and endangering others with his tweets. He should lose the privilege to be on Twitter.”

She took her complaint directly to Twitter CEO Jack Dorsey, and tweeted “[h]ey, @jack. Time to do something about this.”