Democrats who have tried to gaslight conservatives about politically motivated, Big Tech censorship will have a hard time explaining this — a lawsuit by one of their own.

Presidential contender and Congresswoman Tulsi Gabbard (D-Hawaii) is suing Google after she accused it of meddling in the 2020 election. She charged that the platform suspended her campaign’s advertising account at a critical period after the Democratic primary debate. She’s suing Google for $50 million.

Gabbard, who has served in the National Guard during the Gulf War, has been a bit more conservative-friendly than many of her counterparts.

She has come under fire both from centrist and far-left Democrats for her refusals to kowtow to new far-Left orthodoxy. She has praised President Donald Trump in the past for avoiding military conflict as well as critiqued her fellow Democrats for enabling “open borders” immigration policies. 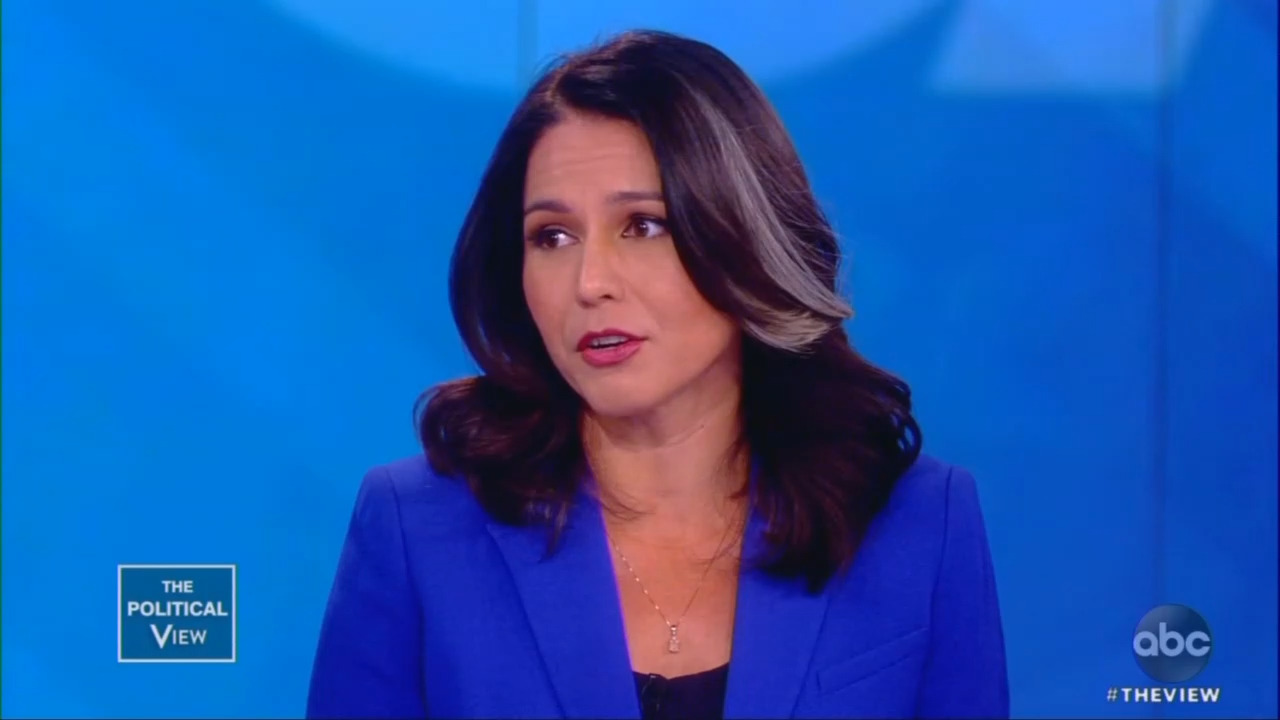 She has also gone so far as blasting fellow Democrats, while defending the religious liberty of conservative charity organizations like the Knights of Columbus when they were smeared as an extremist group.

When other Democratic candidates enthusiastically discussed decriminalizing illegal border crossings altogether, she responded by saying that while she will evaluate the idea, "I think decriminalizing could lead to open borders. We need safe, secure borders in this country. We need to reform our laws."

As Free Speech YouTuber Tim Pool summarized in a tweet:
“The campaign committee said Google suspended the campaign’s advertising account for six hours on June 27 and June 28 obstructing its ability to raise money and spread her message to potential voters”

The story first surfaced when Gabbard’s Twitter account tweeted:
“In the hours following the 1st debate, while millions of Americans searched for info about Tulsi, Google suspended her search ad account w/o explanation. It is vital to our democracy that big tech companies can’t affect the outcome of elections (link: http://tulsi.to/tulsi-vs-google) tulsi.to/tulsi-vs-google

The account continued with a thread noting Google’s massively unchecked power, saying “#Google controls 88% of internet search in the US — giving it control over our access to information. Google’s arbitrary suspension of the account of a presidential candidate should be of concern to all Americans.”

It finished by stating how “Google’s discrimination against our campaign reveals the danger of their dominance & how the dominance of big tech over public discourse threatens core American values. They threaten our democracy & #Tulsi will fight back on behalf of all Americans.”

A spokeswoman from Google tried to downplay Gabbard’s concerns, claiming instead that her timely suspension for several hours was instead due to "large spending changes" that somehow triggered Google's automated systems.

"We have automated systems that flag unusual activity on all advertiser accounts – including large spending changes – in order to prevent fraud and protect our customers," the spokeswoman said to The Hill.

"In this case, our system triggered a suspension and the account was reinstated shortly thereafter.