On Wednesday, it was announce that liberal actress Kathy Griffin is hosting the Shorty Awards, the online social media awards show with a heavily liberal slant.

Even by Hollywood standards, these awards appear remarkably politicized. Unglued actress Kathy Griffin, made infamous recently for holding a fake severed head of President Trump in a  photoshoot, is both the host and a finalist of this year’s best celebrity category. Other nominees include former Vice President Joe Biden and actor Russell Brand. 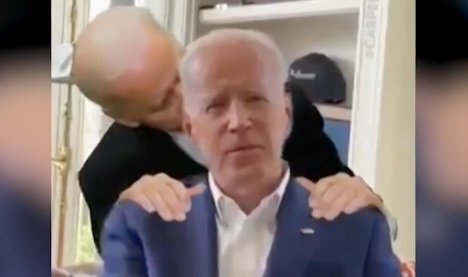 Griffin described her enthusiasm for the experience as well as the fact she will be involved on multiple levels, "I've been streaming the show for the last several years, and I couldn’t be more excited that this year I am not only a nominee, but also the proud host!

The Shorty Awards staff mentioned nothing of her online controversies, but, rather, seemed to embrace the popularity her infamy has given her: “Over the past year, Kathy has organically grown her online YouTube following and has made a natural shift to include a strong digital presence within her brand.” They added that her “seamless pivot within the digital space” qualified her as “the perfect choice to host this year.”

Michelle Obama will also be featured among this year’s nominees. In previous years Malala Yousafzai and J.K. Rowling were nominated for awards as well.

The award show also features a Phenom Award for “individuals or groups who have made a significant societal impact toward social good, while leveraging the power of social media.” The March for Our Lives anti-gun movement will be among those accepting the award for this year.

The Shorty Awards will be held in New York City on May 5 and streamed live online.