Facebook continues to allow China to lie to the world about its human rights violations against Uyghurs, while simultaneously banning the former president of the United States from its platform. 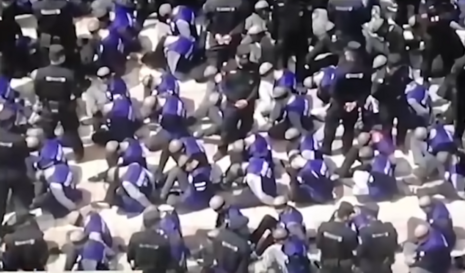 Experts in the fields of tech policy, human rights and the Uyghur genocide slammed Facebook for allowing the Chinese Communist Party (CCP) to push propaganda on its platform. “Facebook claims to be about free speech and against genocide and other atrocities, yet it is allowing the Chinese government to use its platform to whitewash China’s ongoing genocide in East Turkistan,” Arif Jan, the outreach coordinator for the East Turkistan National Awakening Movement, told the Media Research Center (MRC).

China has been switching up its propaganda strategy from silence and denial to justification and promotion, reports have indicated.

The Uyghur Human Rights Project (UHRP) pointed to research it published when reached for comment about the massive amount of pro-China propaganda on Facebook. The human rights research indicated that social media platforms are playing “an increasingly prominent role in the CCP’s public opinion struggle, including in the form of aggressive disinformation campaigns.”

In light of Facebook banning former President Donald Trump from its platform for at least two years, allowing genocidal propaganda on its platform raises serious questions about Facebook’s priorities.

Facebook’s own employees have even complained that the company is not doing enough to quell Chinese propaganda that aims to legitimize China’s human rights violations against Uyghurs. An employee at Facebook declared in an internal company message board: “It’s time our platform takes action to fight misinformation on the Uighur genocide,” according to The Wall Street Journal. 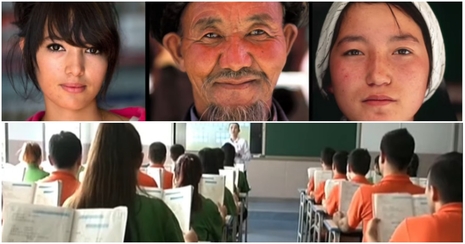 A MRC study showed that Facebook permits accounts run by China’s various state-controlled media outlets to pump out misleading propaganda about its genocidal actions against Uyghurs to over 751 million followers.

The massive following Chinese propaganda accounts have amassed on Facebook is alarming given that China has restricted its own citizens from using the platform. An Associated Press-Oxford Internet Institute investigation from May reported that “large-scale inauthentic amplification has broadly driven engagement across official government and state media accounts.”

Conservatives are under attack. Contact Facebook at 1-650-308-7300 and demand that Big Tech stop censoring conservatives while allowing the Chinese Communist Party to push propaganda on its platform. If you have been censored, contact us at the Media Research Center contact form, and help us hold Big Tech accountable.