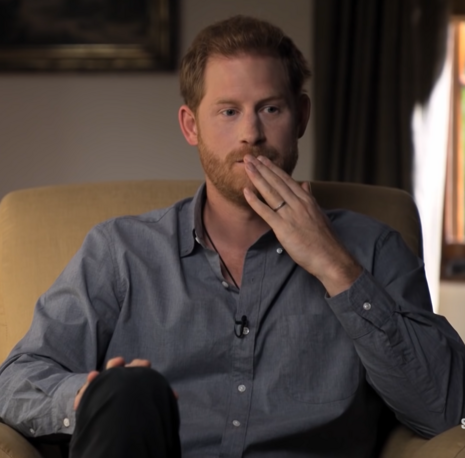 Prince Harry, Duke of Sussex, admitted he doesn’t know much about the First Amendment, but that didn’t stop him from calling it “bonkers” and blaming social media platforms for trying to “redefine what free speech means.”

The Duke of Sussex criticized the commercialization of media, and the unfettered protections the First Amendment provides them, on an episode of actor Dax Shepard’s podcast “Armchair Expert.”

“I believe we live in an age, now, where you've got certain elements of the media redefining to us what privacy means. Well, there's a massive conflict of interest,” The Duke of Sussex told Shepard. “And then you've got social media platforms trying to redefine what free speech means. Why? I wonder why you're doing that?”

The Duke of Sussex admitted he is no expert on the First Amendment, but he adamantly suggested that corporations have been exploiting loopholes for financial gain.

“I don’t want to start, sort of, going down the First Amendment route because that’s a huge subject,” The Duke of Sussex continued, “and one of which I don’t understand because I’ve only been here for a short period of time. But you can find a loophole in anything. And you can capitalize, or exploit, what’s not said, rather than uphold what is said.”

He pointed his finger at powerful corporations slithering themselves into the democratic process to achieve their desired goals.

The Duke of Sussex remarked that we are living in a world where “the laws have been completely flipped by the very people that need them flipped,” so that companies can make more money off sensationalistic content that is often painful, sad and self-destructive.

He also blamed the weakness of society for “clicking on” content “we know are putting other people through hell,” suggesting as people our depravity also drives these corporations.

The Duke of Sussex said he enjoys discussing the First Amendment, and also acknowledged its complexity.

“I got so much I want to say about the First Amendment,” The Duke of Sussex told Shepherd at the conclusion of a long discussion about America’s First Amendment. “As I still don’t understand it, but it is bonkers.”

Conservatives took notice and made light of the royalty’s nescient comments about American constitutional law.

“Nice that he can say that,” Senator Ted Cruz (R-TX) snarkily tweeted in response to the Duke of Sussex’s comments about the First Amendment. “Well I just doubled the size of my Independence Day party,” tweeted Congressman Dan Crenshaw (R-TX). Conservative filmmaker Dinesh D’Souza pondered in a tweet whether the Duke of Sussex “thinks the Fourth Amendment is ‘bollocks’ and the 14th Amendment is ‘pish-posh.’”