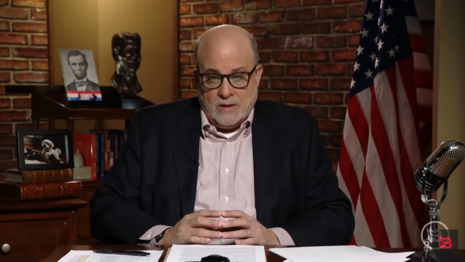 Talk radio star Mark Levin told his social media audiences that he would be leaving Facebook.

“Please follow me at Parler as I will leave Facebook in 4 days for continuingly censoring me,” Levin said to his social media followers on Dec. 28. Levin then sent out a second post the following day indicating to his followers that he would be leaving the platform “in a matter of hours.” He called Facebook “corrupt.”

The announcements came after Levin had already hinted at boycotting the social media giant. Since October Levin received three notifications from Facebook indicating his page had been given “reduced distribution and other restrictions,” which has crescendoed in him announcing his departure.

“I've been restricted and censored on Facebook. Please make sure you transition to Parler ASAP as I will be leaving Facebook probably by the end of the year,” Levin said on Nov. 18.

“Parler is a wonderful alternative and is growing, and we need you there ASAP.  It believes in truly open speech,” Levin told his followers. “Over 4.2 million of you are following me on Parler now. It can’t be that hard to sign on. I hope the rest of you folks will join us.”

The conservative media star said he would remain on Twitter, as it has not yet censored or interfered with his posts. Although he remained wary it could still happen. “I’m not confident it won’t happen. We shall see. But do come join us at Parler.”

Conservatives are under attack. Contact Facebook at (650) 308-7300 or (650) 543-4800, or by mail 1601 Willow Road Menlo Park, CA 94025, and demand that the platform mirror the First Amendment: Tech giants should afford their users nothing less than the free speech and free exercise of religion embodied in the First Amendment as interpreted by the U.S. Supreme Court. If you have been censored, contact us at the Media Research Center contact form, and help us hold Big Tech accountable.