In leading off her report, Mitchell announced to viewers: “In Havana, dramatic change after more than a half-century. Tomorrow the Cold War will be over. A huge opening for U.S. and Cuban travel and trade.”

She went on to outline the many changes that Americans will be able to take advantage of, with a few examples being able to travel more easily without a special permit, using a credit card in Cuba, and being allowed to bring back up to $100 in Cuban cigars.

At only two points in the entire two-minute-and-43-second segment was there any criticism or opposing viewpoint. While introducing Mitchell’s report, anchor Brian Williams stated that “questions remain over whether Cuba is truly ready for all of this, ready for the influx.”

At the conclusion of her story, Mitchell finally brought up the “critics” of this decision by the Obama administration: “Critics say the President is going too far violating the embargo and many ask whether Cuba is really ready for the American economic invasion, especially internet access for all Cubans.”

Fellow broadcast networks ABC and CBS also covered this news, but only in the form of news briefs. On ABC’s World News Tonight, anchor David Muir said that the changes will take place “just weeks after lifting the embargo in place since the Cold War.”

The problem with that statement, however, is that the embargo technically remains in effect and can only be lifted through an act of Congress. Credit does go out the CBS Evening News for pointing out this key fact during its news brief.

The relevant portions of the transcript from segment that aired on NBC Nightly News on January 15 are transcribed below. 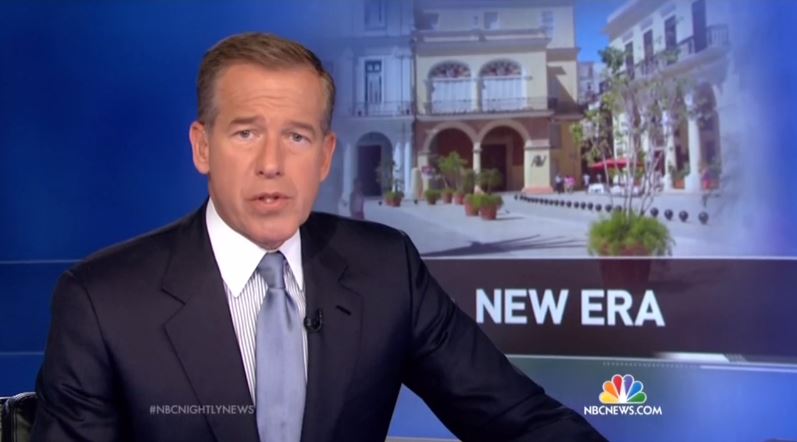 WILLIAMS: The gateway to Cuba closed to Americans for more than five decades now appears to be swinging open. Starting tomorrow, and thanks to a change announced today, street scenes in Havana like this one that we're looking at live tonight, may soon be full of American tourists, but questions remain over whether Cuba is truly ready for all of this, ready for the influx. Our report on that tonight from our chief foreign affairs correspondent Andrea Mitchell.

ANDREA MITCHELL: In Havana, dramatic change after more than a half-century. Tomorrow the Cold War will be over. A huge opening for U.S. and Cuban travel and trade. In Havana, Nelson Fernandez says these measures help the country's economy. Orlando, a restaurant cook, says we think more Americans will come. There is still an embargo on general tourists, but a lot more Americans can go more easily. Educational groups, cultural groups, journalists, medical and religious organizations, family visits.

ALEX RIVAS: I got two daughters in Cuba. I have to go.

MITCHELL: At the Miami airport Alex Rivas has a new baby who has never seen its grandmother. 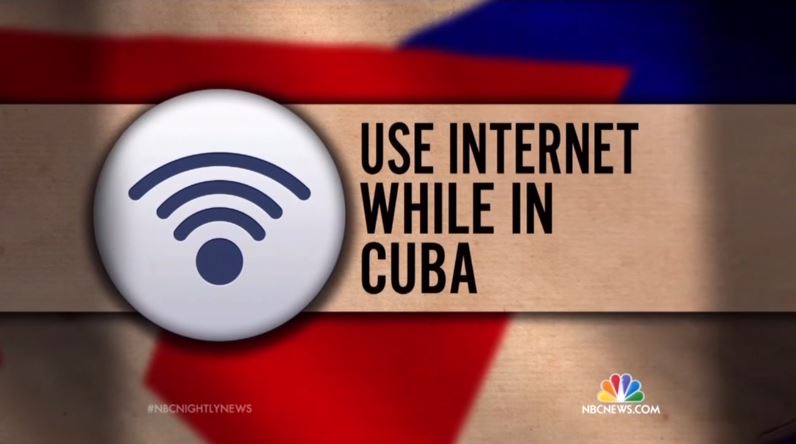 VIVAS: I have a 4-month kid and don't know his grandma right now.

MITCHELL: And soon he can fly on a regularly scheduled commercial flight, not just the current commercial limited charters. He can use the internet when he gets there as internet companies jump in. Use a credit card, not just cash. Until now, no U.S. credit was allowed in Cuba. Plus, credit opens the door for ten times the current grain sales from Iowa farmers like Bob Bowman.

NATIONAL CORN GROWERS ASSOCIATION’S BOB BOWMAN: When we travel to Cuba, the Cuban government officials were almost begging us to open up trade with them.

CNBC CHIEF INTERNATIONAL CORRESPONDENT MICHELLE CARUSO-CABERRA We know there is a huge appetite for building equipment, things like paint, things to repair your home because so many of the homes there are in disrepair.

MITCHELL: And cigars, so prized John Kennedy got a stash of more than 1,000 for himself before imposing the embargo. Americans will still only be able to bring back $100 worth. That is about three cohibas, Cuba's best. 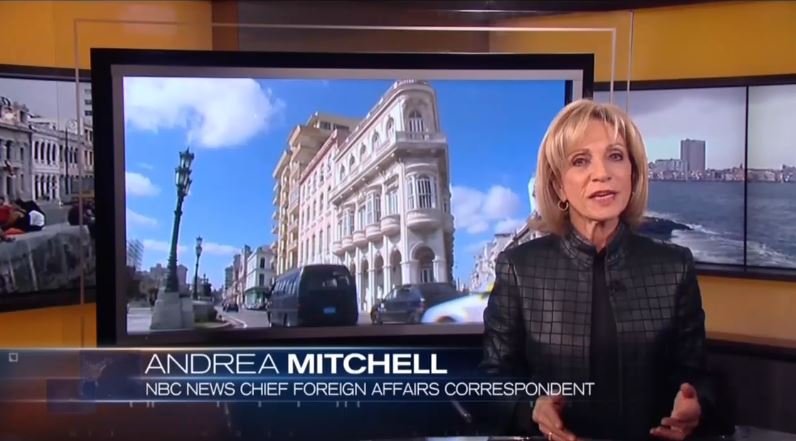 MITCHELL: But there were plenty of Americans in Havana today all there from special tour groups and by tomorrow they can spend more money and use credit cards. Critics say the President is going too far violating the embargo and many ask whether Cuba is really ready for the American economic invasion, especially internet access for all Cubans.

The transcript of the brief from ABC’s World News Tonight with David Muir on January 15 can be found below. 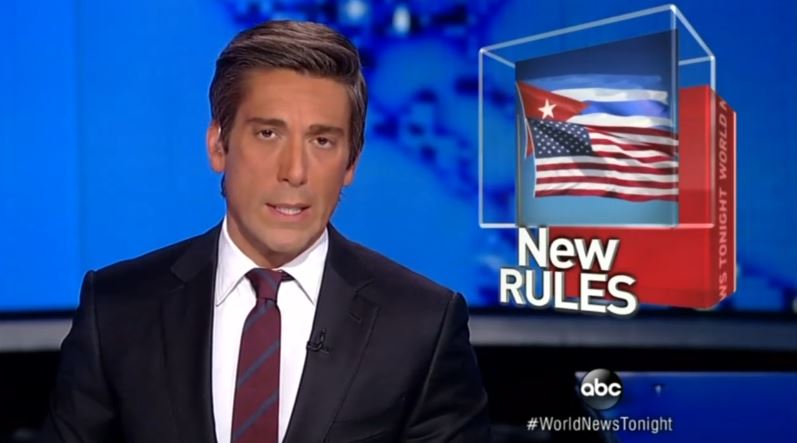 DAVID MUIR: Beginning tomorrow, travel and trade with Cuba will be a little easier, just weeks after lifting the embargo in place since the Cold War. New moves from the White House. Americans will be allowed to visit Cuba without getting special permits. They will be able to use credit cards while there and bring back small amounts of rum and cigars. Businesses, also now allowed to sell Cuban telephones, computers, and internet technology.